Andrew Leigh thinks Australia is disconnected, and he’s written a book about it. In Disconnected, Andrew spends a whole chapter outlining why the decline of religion is making social cohesion worse, and the benefits to society of having more religious believers. “I just had a cracking conversation with Australia’s ‘social capital’ expert Dr Andrew Leigh, the Member for Fenner and Shadow Assistant Minister for Charities. We explored the sad decline of community connectedness in Australia, the remarkable effect church attendance has on volunteering and philanthropy in this country (for secular as well as religious causes), the logic of seeing ‘advancing religion’ as a genuine charitable cause, and the importance of street parties for your neighbourhood!” — John Dickson

To be clear, Andrew says in his book that he’s an atheist. That made John Dickson want to speak to him more.

While Andrew can’t sign on to the churches’ theological views, he can see the good that religion does in society. And he’s done a bucket load of research to prove it. 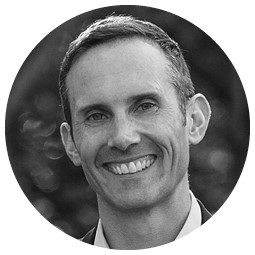 Andrew Leigh is the Shadow Assistant Treasurer and Federal Member for Fenner in the ACT. Prior to being elected in 2010, Andrew was a professor of economics at the Australian National University. He holds a PhD in Public Policy from Harvard and is a Fellow of the Australian Academy of Social Sciences.

His books include Disconnected (2010), Battlers and Billionaires (2013), The Economics of Just About Everything (2014), The Luck of Politics (2015), Choosing Openness: Why Global Engagement is Best for Australia (2017) and Randomistas: How Radical Researchers Changed Our World (2018). Andrew is a keen marathon runner, and hosts a podcast titled “The Good Life: Andrew Leigh in Conversation”, which is available on Apple Podcasts.