Who was Mary Magdalene, really?

Who was Mary Magdalene, really?

Mary Magdalene, considered to be one of the Bible’s most mysterious women, had a profound impact on the early church.

She has been labelled many things: sex worker, saint, sinner, witness, wife.

“Mary Magdalene can be a ‘wonderful role model for today’.”

So much has been written about her it might seem impossible to get the real answer to the question … Who was she, really?

Lynn Cohick, Dean and Professor of New Testament at Denver Seminary, and author of several books about women in the world of the earliest Christians, says Mary Magdalene can be a “wonderful role model for today”.

“Mary comes from a town that had decent trade at the time, and I think she was a business woman,” says Cohick. “And she has some resources.”

“But then she also falls ill with some sort of disease that Jesus heals.”

“That really is the baseline for who she is. After she is healed, like others whom Jesus heals, she becomes a devout follower and she stays at his side right through to the end.”

Cohick says there is actually very little information in the Bible about Mary Magdelene’s background. As Luke introduces her (Luke 8:2), Mary Magdalene is someone who was healed by Jesus: she has seven demons removed. That’s all we get from the Bible about her background.

“Somewhere along the line in early church history, those stories get conflated,” says Cohick.

“That’s where you get the notion that Mary Magdalene’s sickness had to do with her being a sinner and that she had so much to repent of.

“There’s beautiful artwork that has been created, showing a very penitent Christian. It’s very powerful artwork, but I don’t think it actually represents who she is. We’ve lost who she really was.”

Cohick says that Mary Magdalene’s role in the immediate aftermath of Jesus’ death on the cross, as documented in the gospels, are unlikely for a woman of the time.

Mary Magdalene is a witness to the death of Jesus on the cross, and then she is one of the people who sees the risen Jesus, and is sent to go and tell the other disciples.

“As a group, women were seen as more gullible or less reliable…more taken to the imagination.

“So when Mary Magdalene comes back saying, ‘I’ve seen the risen Lord,’ – well, that’s a pretty amazing statement! I think if the church could have said that, say, Peter saw the empty tomb and the resurrected Jesus, they would have done it. I don’t think they would have tried to create this story of a woman seeing the tomb as a way to reinforce belief in this story. They would’ve made up a different story.

“That suggests to me that, in fact, Mary Magdalene really was the person who came back to the group and spoke those words.”

Listen to the full interview with Lynn Cohick in episode 22 of Undeceptions. 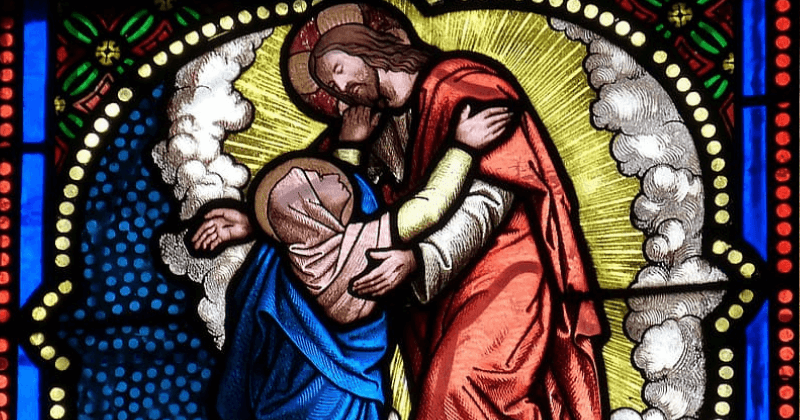