What was the heart of Jesus’ ethical teaching? Was he a theologian, a moralist, a philosopher or something else? And what would it matter, anyway?

One of Australia’s best-selling authors – I won’t name him – recently declared that we don’t need religion in order to maintain our ethic of love. In fact, he went so far as to say that even Jesus didn’t give any theological reasons for love. He apparently just declared what was already universally known. Jesus never told anyone what to believe in, this writer said, he only spoke about how to treat each other. He then relativises one of Jesus’ most famous teachings – the so-called golden rule – “Do to others as you would have them do to you”. In an effort to distance such ethical insights from any religious outlook, this author tells us that the golden rule is pretty much a universal human principle. To quote him: “There’s nothing remarkable in this. Virtually every religious and philosophical tradition on earth promotes the same idea”.

He offers, for comparison, the well known saying of Confucius – the great Chinese intellectual and moralist of the fifth century BC – who taught, “Do not inflict on others what you yourself would not wish done to you.” (Analects 15, Verse 24). Grammatically, there is a great resonance between the saying of Jesus and this teaching of Confucius. But the parallel is more in form than substance. What Jesus states positively Confucius frames negatively. One is about doing the good to others that you would like to experience yourself, and the other is about refraining from doing the harm you don’t want to endure yourself. Both are excellent pieces of advice, but they are not the same. Confucius’ proverb probably deserves the accolade, “the silver rule”. It’s the principle of non-harm.

The demand of the golden rule goes further. It’s the principle of active service, even of those who hate you. Here’s the original context of Jesus’ teaching. It’s arguably the most sublime ethical teaching ever uttered (and I admit I’m biased).

“If someone slaps you on one cheek, turn to them the other also. Do to others as you would have them do to you. Love your enemies, do good to them and lend to them without expecting to get anything back. Then your reward will be great and you will be children of the most high because he is kind to the ungrateful and wicked. Be merciful, just as your father is merciful.”

But what of the suggestion that Jesus didn’t teach people to believe in any doctrines that ground this idea – he only was interested in how we treat each other? It seems to me that throughout Jesus’ parables and this famous Sermon on the Mount, he nearly always bases his statements about ethical action on specific doctrines about God, specifically God’s love and mercy. Because the Creator of the universe is loving and merciful, all of his creatures should reflect reality in the way they treat one another. What we think lies at the heart of reality inevitably shapes what we think is an authentic human life. For example, if like the famous atheist Friedrich Nietzsche, we believe that survival of the fittest is the heart of nature’s reality, then just like nature we are going to view turning the other cheek and loving your enemies as neither logical nor moral.

On the other hand, if we think that God’s love and mercy are the heartbeat of the universe, then suddenly everything in Jesus’ famous Sermon on the Mount becomes both logically compelling and life-enhancing. It’s the authentic life. This is precisely how Jesus framed his message in the passage I just quoted.

Why does it make sense to love our enemies? Because God himself is kind to the ungrateful and wicked, he said. Why would we be merciful even to those who don’t deserve it? Because, as Jesus puts it, your father is merciful. You could almost say that Jesus never taught people how to treat each other without also emphasising the ideas that make ethical action logical. Love of neighbour, and even of our enemy, is grounded in the most basic reality of all: the Creator’s love for us. 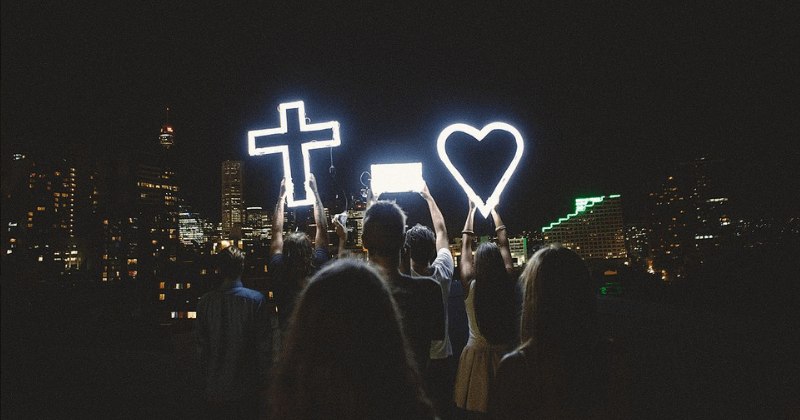