By Natasha Moore and John Dickson

Conservative evangelical institutions should urgently consider commissioning a study into both the prevalence of domestic violence in our churches and clergy responses to it, write Natasha Moore and John Dickson.

Stories have been proliferating in the last few weeks about the scourge of domestic violence in Australian society – from very personal stories of “intimate partner terrorism” to state and federal government moves to tackle the problem.

This is an issue that affects every community, and one subset of these stories has focused on the role that the church may be playing in perpetuating this kind of abuse – not simply by overlooking it, but also by upholding doctrines, practices or attitudes that allow it to persist.

Debate has focused on the conservative evangelical tradition within Protestant denominations (Anglican, Baptist, Presbyterian, and so on), which emphasises biblical ideas about male headship and female submission.

Julia Baird has led the way in asking: do such ideas serve as an enabling mechanism for men who want to control and abuse their wives?

It is a horrifying thought for believers. Baird has rightly noted that violence and abuse are “the antithesis of the love that is the core of the gospel” – as well as the antithesis of the teaching about the role of husbands within marriage, which properly understood is to entail service and selflessness.

“But,” continues Baird, “there is mounting evidence that it has been allowed in places it should be absent from.”

In this discussion, which should deeply concern all those – especially church leaders – who have a role in caring for the vulnerable, a number of things are not in question.

There is no question that domestic violence happens in church communities and in “Christian” marriages. As has been made so abundantly and devastatingly clear in the ongoing work of the Royal Commission, the church is by no means immune from problems affecting the rest of society. Especially when we consider that domestic violence tends to be a “hidden” problem, taking place behind closed doors and feeding on silence and shame, it would be naïve for pastors or church members to think that this is not happening in the church. More and more stories from victims are emerging in the wake of Baird’s articles that confirm this is a real and pressing problem.

There is no question that some biblical teachings have the potential to be abused by controlling and violent people, even if those teachings under normal circumstances are beautiful and positive. Think of the Bible’s exhortation to forgiveness, the sacredness of marriage, love of enemies, or even humility (a virtue closely related to the Bible’s notion of submission). All of these could be misused in relationships; the beauty of the ideas is not invalidated by the ways in which they can be exploited or abused.

There is no question that all forms of emotional, psychological, verbal or physical abuse are utterly irreconcilable with a right understanding of Christian teaching. To forgive does not mean to stay in an abusive relationship. To “submit” cannot mean to stay in an abusive relationship. There are varying interpretations among Christians of the biblical passages relating to submission and headship, but not all are valid: to equate submission with control flies in the face of both the letter and the spirit of such passages. In word and deed, Jesus radically revised conventional models of power.

“Whoever wants to be great among you must be your servant,” he told his disciples, “and whoever wants to be first must be slave of all.” The husband is commissioned, as it were, not with power or authority over his wife, but with a special responsibility toward her to practise self-sacrificial love, just as Jesus did in laying down his life for others: “Husbands, love your wives just as Christ loved the church and gave himself up for her.”

Here’s what is in question.

How will the church as a whole respond to these charges?

Let us hope that it takes its cue from Isabella Young (not her real name), whose harrowing account in the Sydney Morning Herald last week of her marriage to an abusive, supposedly Christian man, concludes:

I think we should all be glad that Julia wrote her original article, regardless of our theological position. A defensive rebuttal of her article is of no use to me or to any of the damaged women I know … Nothing much will improve until every denomination in Australia has a strategy to deal with domestic abuse that is informed by experts and rigorously implemented in each local church.

We believe conservative evangelical institutions should urgently consider commissioning an independent study into both the prevalence of domestic violence in our churches and clergy responses to it.

Nobody should be more horrified by emerging stories of abuse and of grossly damaging advice from pastors than the church itself, and an honest assessment of the situation – regardless of what it uncovers, good news and bad – is crucial to finding a way forward.

Sandy Grant of St Michael’s Anglican Cathedral in Wollongong argued (successfully) in 2013 for Anglican training institutions to increase and improve training for clergy in responding to domestic violence in their congregations. We need more work in this direction.

Historically, criticisms like those of recent weeks have been of great benefit to the church – illuminating areas that have become blind spots for those on the inside. The criticisms of environmentalists, for example, forced Christians to go back to their Bibles and rediscover the mandate to care for God’s good earth.

Criticisms that mainline denominations are too “white-Anglo-middleclass” have helped churches in recent decades to revive one of the most basic insights of Scripture: God is the “God of all nations”. And, of course, the child abuse scandal stands as a monumental, shameful example of how institutions have been too slow to respond, or have responded with defensiveness, denial and an instinct to protect the institution instead of the victims.

In all of these cases, Christians have the insights of those outside the church to thank for forcing them to look in the mirror and observe how far they’ve departed from the way of Jesus Christ.

Discussions like this can help the church to be a better version of itself, in service to the wider community. May the recent criticisms by Baird and others be one of those times!

Dr Natasha Moore is a Research Fellow at the Centre for Public Christianity. She has a PhD in English Literature from the University of Cambridge. Dr John Dickson is an author and historian specialising in early Jewish and Christian history. He is Founding Director of the Centre for Public Christianity and Honorary Fellow of the Department of Ancient History, Macquarie University. 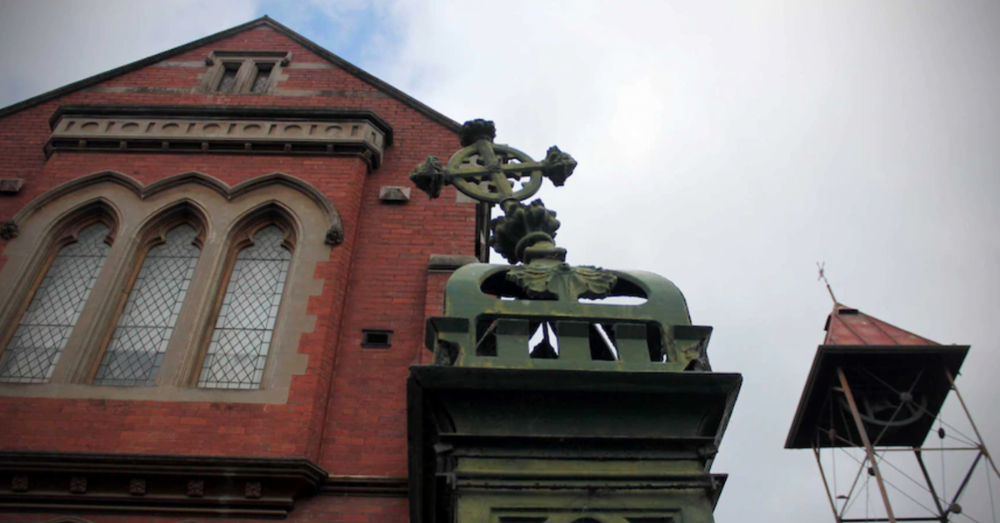