In the ancient world, humility was not a virtue. The idea that I would address gladiators in ancient Rome about humility is just bizarre.

And yet this was the topic I was invited to speak on to the Green Bay Packers, an American football team in the NFL. In the ancient world, part of the reason humility wasn’t a virtue is that that world operated according to honour and shame. The scholars often think of the ancient world, at least the Mediterranean world as an honour, shame culture.

That means that honour is almost the greatest good that you have to pursue for your family, for your tribe, for your city, or even just individually. And shame is the greatest evil, to be avoided at all costs. And many decisions in life – political military, moral, relational, family – are decided along this axis. Does it bring honour or does it bring shame?

…This word, “tapeinos”, this word that usually meant ‘to be crushed’ is now used for Jesus’ own decision to give himself for others.

Even the great Greek philosopher, Aristotle – who is more ethical than most in the ancient world – didn’t see humility as a virtue. In fact, he says that honour and reputation are amongst the most pleasant things to a human being. Mostly, when you really are honourable, but it’s still great when people think you are honourable and great. This is the way the ancient mind thought. And they used the word ‘humility’ in a kind of derogatory context. So, you could be humble toward the Emperors of course, because they could kill you. It made sense. You are low before them. You could be humble before the gods, and you ought to be because we are in a sense ‘debased’ before the gods.

But the idea that you should be humble toward an equal, let alone a lesser, was unthinkable. So what happened? How did our culture come to prize humility and despise honour-seeking? The answer has to do with the incredible influence of Jesus.

That sounds like the sort of thing any Christian would say: “Jesus gave us this“, but this is pretty well-attested in scholarship today. The influence of Jesus on our culture gave us this virtue of humility. And it probably wasn’t that Jesus said humble things. He did say humble things – he said stuff like, ‘whoever wants to be great among you must be a servant’. But historians think the real thing that triggered this humility revolution was his crucifixion. Because crucifixion was the most shameful point in the Roman world. The idea that a great person would end up on a cross voluntarily just up ends the whole Greek and Roman honour/shame system.

But the Christians watched their master die on a cross and they had to do some fancy thinking. They had to work out: Does this mean Jesus wasn’t as great as they really thought he was? Or does this mean we have to actually reinterpret greatness to include a willingness to lower yourself for the sake of others?

Well, that’s what they do.

They suddenly started to use the word ‘humility’ (“tapeinos” in Greek) to refer to a positive virtue, a decision to lower yourself for others, not a kind of being forced down low. And perhaps the first text in Western history to make this apparent is in Philippians 2. It says “In humility, consider others better than yourselves. Your attitude should be the same as that of Christ Jesus, who being in very nature God, did not consider equality with God, something to be grasped, but made himself nothing. He humbled himself and became obedient to death, even death on a cross.”

Here, it’s pretty clear that this word, “tapeinos“, this word that usually meant ‘to be crushed’ is now used for Jesus’ own decision to give himself for others. And the Apostle Paul, who wrote this letter, is playing on that idea. And he says, your attitude should be the same and therefore you should humble yourself before others.

By the end of the first century, many people are beginning to use the words “humble yourself before others”. By the end of the fifth and sixth centuries, it’s spread out so that even secular folks are talking about the virtue of humility. And now it doesn’t matter whether you’re an atheist or a Christian, most of us think when you’re great, but humble, it’s beautiful. That is just one small impact of the life of Jesus on Western culture. 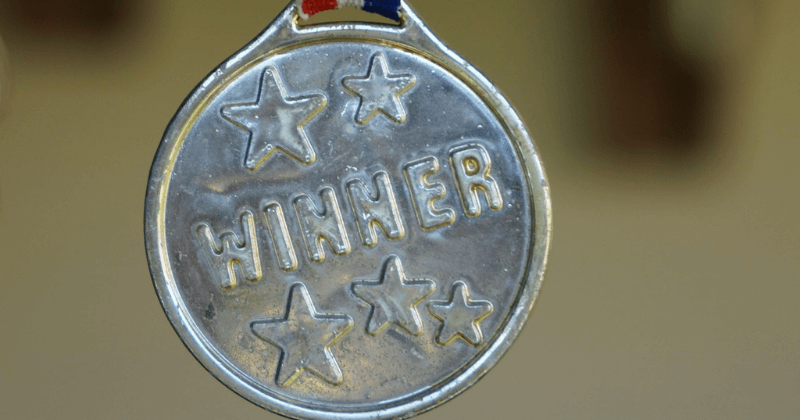