A lifetime ambition to be a “public Christian”

A lifetime ambition to be a “public Christian”

John Dickson didn’t set foot inside a church until he was 16.

“I had a hunch about spiritual things. I remember as a ten year old saying the Lord’s prayer in the old-fashioned form. The whole thing made no sense to me, but I said it nonetheless.”

Dickson was taught the prayer by his babysitter, but it wasn’t until one of his year nine teachers at school made an impression on him that he began to think seriously about faith.

“She was generous, funny and clever … and answered all the questions I had,” Dickson said.

Out of school hours, the teacher read the four gospels to a group of interested students. Dickson was amongst them.

“It was the person of Jesus that captivated me. I became a fan of Jesus, and then at 16 became a follower.”

After losing his dad in a plane accident at the age of 9, he says he had “acted out” for most of his teenage years.

“I think I was just a jerk. I hardly worked at school. I got into quite a few fights. I was a bit of a bully.”

But once he’d become a follower of Jesus, there was an almost instant change.

“I realised that this One who I had become enamoured with in the gospels was not a bully. He had immense power, combined with humility. It messed with my head. It made me think, ‘I should probably not pick fights.’”

Even at 16, Dickson says he felt the need to tell other people about the person of Jesus who he had recently discovered.

“I thought, ‘How can we get this out there? It’s amazing news! It’s terrible that so few people know about it.’ My mates and I thought we should start a band and play in pubs and clubs and talk about our faith between songs.”

The band, ‘In The Silence’, became a full time gig for Dickson after school. He travelled around Australia and the world with his band mates, several of whom had become Christians through the same high school teacher.

“We would play five to six shows a week, coming to towns at the invitation of churches, play in their pubs and clubs and share our faith. We were trying to promote Christ.”

“We had occasions where people threw their beer cans at us in the pub. Often though people just put up with our Christian spiels. We’d sometimes speak for 10 minutes between songs.”

Dickson was the lead singer of In The Silence through the late 1980s and early 90s. It was his first experience of a form of “public Christianity” that he would pursue for the rest of his life.

“I meet people regularly, even today, who became Christians through our music and tours. The mail we got was so extensive that we devoted a day a week just to respond. And it wasn’t mail like, ‘We love you!’. It was letters asking us, ‘when you said this about God in that introduction, what did you mean?” We just had to write letters a day a week. That was where I learned to write. My first couple of books were probably just the best letters that I’d written hundreds of times to teenagers struggling to figure out what Christianity was all about.”

“It’s all about wanting to make Christ public. To me, it’s just one thing that I’ve been doing since my band days.”

The band got more and more letters asking about faith, but found their answers could only go so far. Being “shallow” in their faith was of great concern. It was what motivated three of the band members and two of the crew to go to theological college.

“We were the only ones there who didn’t have another degree first. We were just musos who’d been travelling in a band straight after high school.”

In The Silence was disbanded, though with an intention of coming back together after college was over. But Dickson gained a love of academics at college that led him away from rock and into ministry – moving to a post graduate degree and then in ancient history, specialising in the origins of Christianity in the Roman world.

“That seemed really helpful for me to make Christ public.”

Dickson also began working in the local church, convinced that the best argument for Chrisitanity “are those little Christian communities in the suburbs and cities, that are really living out the Christian faith.”

“I wanted to get in on that,” he said. Up until the end of 2018, Dickson was a half-time minister of an Anglican church in Sydney’s northern suburbs, using the other half for writing and speaking as a ‘public Christian’.

John Dickson spoke with Justin Brierley for The Profile, a program of the UK’s Premier Christian Radio. Listen to the full interview here. 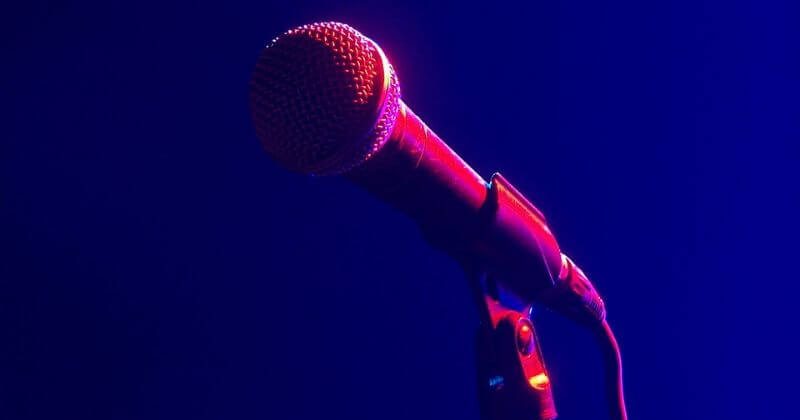