But what about Canaan?

But what about Canaan?

Interpreted on its own, many have made the case that the Old Testament advocates sacred violence. When Richard Dawkins famously wrote in The God Delusion that “the God of the Old Testament is arguably the most unpleasant character in all fiction: jealous and proud of it; a petty, unjust, unforgiving control-freak; a vindictive, bloodthirsty ethnic cleanser; … a capriciously malevolent bully …”, he likely had the Bible’s account of the war in the Book of Joshua in mind.

Joshua opens with the Israelites having escaped enslavement in Egypt forty years earlier and now on the cusp of taking the land promised to their forefathers centuries earlier. They cross the Jordan River and begin conquering town after town in Canaan, beginning with Jericho in the south and ending with Hazor in the north.

“So Joshua took the whole land, according to all that the LORD had spoken to Moses,” the war report concludes; “and Joshua gave it for an inheritance to Israel according to their tribal allotments. And the land had rest from war” (Joshua 11:23).

The most confronting of all the paragraphs in the book of Joshua, according to Dickson, comes in chapter 11:

“So Joshua and his whole army came against them suddenly at the Waters of Merom and attacked them, and the LORD gave them into the hand of Israel. They defeated them and pursued them all the way to Greater Sidon, to Misrephoth Maim, and to the Valley of Mizpah on the east, until no survivors were left. Joshua did to them as the LORD had directed: He hamstrung their horses and burned their chariots. At that time Joshua turned back and captured Hazor and put its king to the sword. (Hazor had been the head of all these kingdoms.) Everyone in it they put to the sword. They totally destroyed them, not sparing anyone that breathed, and he burned Hazor itself.” (Joshua 11:7-11)

So, did the Israelites commit divinely-sanctioned “genocide” and wholesale “land theft”?

The first thing to keep in mind, says John Dickson, is that Israel was not a great power at this point in history.

“Israel was a wimp, he said. “A nomadic confederation of tribes with relatively few numbers, very little experience in general warfare, and no strongholds at all. In this period, they were about as far from being a ‘bully’ as you could imagine,” writes Dickson in his book Bullies and Saints.

The Book of Joshua also includes several episodes that make the point that the God of Israel did not prefer the Israelites to the Canaanites.

Right before the narrative launches into its full conquest narrative, the reader is introduced to Rahab, a prostitute. Two Israeli spies secretly lodge at her home and it turns out she already reveres the true God (see Joshua 2 for more). She asks that she and her family be spared from the forthcoming violence, and they are.

“It’s an extraordinary note on which to open a conquest narrative,” writes Dickson.

“[The conquest of Canaan] cannot be read as genocide, since the text establishes God’s desire to save Canaanites like Rahab and her family. Coming at the front of the narrative like it does, the Rahab incident is probably meant to be read as the prototype or pattern that we are meant to assume for the rest of the story.”

In a similar vein, the book recounts when an angelic figure appears before Joshua, and in answer to Joshua’s question about whose side they are on, answers: “Neither’.

For Dickson, these events make it clear that God is not playing favourites. God refuses to declare himself on Israel’s side.

Finally, says Dickson, the Book of Joshua goes to great pains to outline the moral reasons for why the Canaanites were to be destroyed: the Canaanite culture had reached the limit of evil and justice that God was willing to tolerate on earth.

“However much we may detest what Joshua and his armies did in Canaan during their 20-year campaign twelve or thirteen centuries before Christ, the inner logic of that campaign ran counter to genocide, tribalism, and any ongoing military expansionism.”

In the book of Deuteronomy, a full rationale for why the Canaanites were to be removed from the land is given. And it’s not because of the sanctity of Israel — God makes clear that Israel is unworthy of what they are to receive.

Canaan is wicked. Israel is unworthy.

“It is unusual in the extreme for a ‘holy war’ story to say (repeatedly) that the ‘heroes’ of the story were themselves unworthy of the victory!” writes Dickson.

Other nations at the time were described as wicked in the Old Testament, including Egypt, Syria and Babylon. But God did not command their destruction. There was a particular reason for Canaan.

“It was a unique act of judgement on a particular people at a particular time, and never practiced again in [Israel’s] long history.

“Even at the height of [Israel’s] settled power in the 10th-8th centuries BC, three or four hundred years after the conquest of Canaan, the Israelites were not instructed to go out conquering other territories to expand the borders of Israel.

“However much we may detest what Joshua and his armies did in Canaan during their 20-year campaign twelve or thirteen centuries before Christ, the inner logic of that campaign ran counter to genocide, tribalism, and any ongoing military expansionism.”

Even Ancient Israel did not read the book of Joshua as permission to fight wars beyond their homelands. 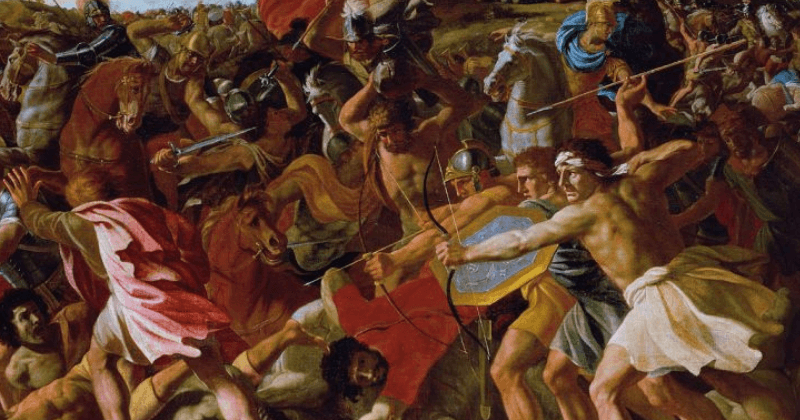