There are plenty of smart people in the world, but not many make breakthrough discoveries about the nature of energy. Ian Hutchinson is one of those people. He is Professor of Nuclear Physics at MIT and has authored more than 160 journal articles on plasma phenomena and nuclear fusion. He literally wrote the book on plasmas. He’s a fellow of the American Physics Society, a fellow of the Institute of Physics and of the American Scientific Affiliation. And he believes in miracles, healing, resurrection, all of it. Listen to the full interview with Ian Hutchinson on the Undeceptions Podcast, here.

I study the physics of very hot ionized gasses. The main purpose that has driven humankind to study this in great depths is the possibility of bringing down to earth-scale – terrestrial scale – the energy source of the sun and stars, which is fusion energy.

But even as a student, although I was quite excited about science and was determined to master it, and become a scientist, I also meant to become an intellectual. I didn’t give up my interest in the humanities and other academic pursuits. Philosophy and culture generally were very interesting and important to me. It’s one of the reasons why I read more broadly. I’m certainly not a grand polymath, but I do think those other aspects of human knowledge are very important.

Science has chosen to answer the easy questions.

Historically, scientists were quite well-versed in the classics – history, philosophy and so on. People like James Clerk Maxwell – the Scottish physicist best known for his formulation of electromagnetic theory (and who is ranked up there with Einstein and Newton for his fundamental contribution to physics) – had three years of education at Edinburgh University, mostly in philosophy, before he came to Cambridge as an undergraduate.

Now, it’s not the case that all scientists were widely educated, but some certainly were.

Before I turned up at Cambridge University, I had some knowledge of Christianity and of the Bible from my high school experience, which was in a nominally Christian school. But I didn’t take Christianity seriously until I went up to Cambridge. My two closest friends were Christians and I suppose what made me take Christianity seriously was that these were the first people I’d met who exhibited intellectual excellence and insight and they didn’t find their Christian faith to be at odds with that. Being at Cambridge, studying mathematics, physics, engineering, and so forth didn’t appear to impact their faith.

I think it’s a big mistake to think that Science is all the real knowledge there is.

That was probably the most important influence on me in my Christian journey. They invited me to a series of lectures given by Michael Green, who was a very well-known preacher in Great Britain. To their surprise, I said yes. And I came across two ideas in those lectures that were novel to me. 1. That the evidence for the truth of Christianity is very serious and needs to be thought about carefully. And 2. That Christianity, in the end, isn’t simply some intellectual assent to a set of ideas. It’s a personal relationship with God, made possible through the cross and through the death and resurrection of Jesus Christ.

Science answers the easy questions. Other disciplines, like theology, look at harder ones.

I do think that Science has some very serious characteristics which mean that it is able to produce consensus amongst its practitioners in a way that is very often not the case in other disciplines. So in that sense, you could think of it as “better knowledge” or “better-established knowledge”. But I think that’s because Science has chosen to answer the easy questions.

This may seem surprising to people who find mathematics and science generally bewildering, but there is a sense in which Science has chosen to answer questions about those aspects of the world that are reproducible and that are capable of being described in very clear ways by measurement and mathematics (and various other aspects). Those two things – reproducibility and clarity – are characteristic of Science in general. But there are lots and lots of things in our lives and in the world that are not describable in those terms – that do not possess that reproducibility or that clarity. Those are, if you like, the difficult questions, as opposed to the easy questions.

I think it’s a big mistake to think that Science is all the real knowledge there is. That’s what is called “Scientism”: that only knowledge obtained from scientific research is valid knowledge. But those other topics – like history, literature, language, philosophy, sociology and economics and so on – are all extremely important topics too, and need attention. 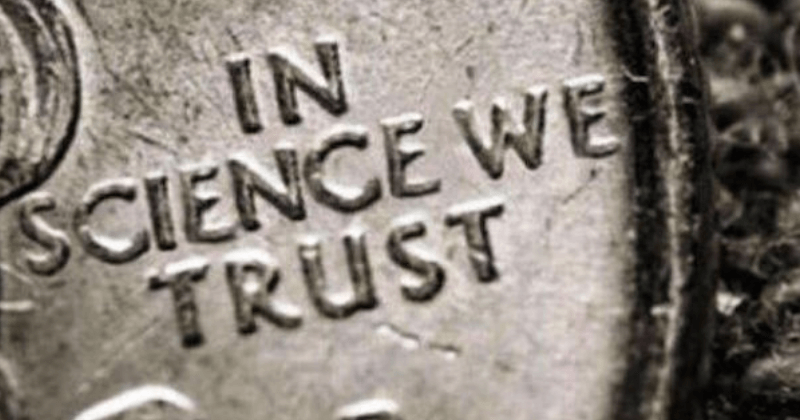