The Bible is a literary ‘classic’, perhaps the literary classic.

And like many other works in the literary canon, the Bible can be hard-going. It requires thoughtful reading, at a slow pace, preferably with a few footnotes helping us bridge the cultural divide.

But, eventually, its subtle logic and moral power creeps up on you, and you may even find yourself agreeing that no one can claim to be an “educated Westerner” until they’ve read the Bible.

I had a similar experience when I first read Charles Dickens’ A Tale of Two Cities, one of ten novels Simon Smart (from the Centre for Public Christianity) challenged me to read on my 40th birthday (I wasn’t a big fiction reader).

I swallowed my ‘I-only-read-non-fiction’ pride and sat down one lazy weekend to give it a go.

The book opens with that intriguing and unforgettable line, “It was best of times, it was the worst of times …”, but after a couple of pages I was sure I would hate it.

The sentence structures were complex, the language unnecessarily verbose (and sometimes even foreign), and the historical setting—London and Paris at dawn of the French Revolution—was an alien land for me.

Fortunately, my edition of The Tale of Two Cities included a lengthy introductory essay from a Dickens scholar and copious footnotes throughout the book explaining unusual terms, cultural peculiarities, and historical references.

I dutifully read the notes, all of them. It was a ‘classic’, after all. It was my intellectual duty.

I slowly began to appreciate Dickens’ skill and intent, but even 80 pages in I saw it only as a worthy book, not something to be relished.

I can’t say exactly where everything changed—somewhere around the middle of the story, I think—but I distinctly remember putting the book down after a brief installment and wishing I had time to keep going.

I had grown fond of the unusual rhythm of the language. I was fascinated by the historical details. And above all, the story captivated me. It is a moving human plot and an insightful portrait of the universal themes of sacrifice and renewal. I felt I had been repaid for my effort, with interest.

After reading Dickens, I resolved never again to mock a ‘classic’—without first reading it, slowly and in its entirety.

I am glad my literary friends were patient with me through my dogmatic non-fiction years.

At times I must have sounded to them like the 15 year old in English class: “Shakespeare is stupid!”

They’ve never read it—at least not slowly, as an adult, with some technical assistance.

Yet, just like the proverbial 15 year old, they know it’s stupid.

The most important and rewarding literary works often require something from us before we reap the benefits.

I guess it’s in the nature of a ‘timeless work’ to seem, at first, less immediately relevant, less temporal.

But my experience with Dickens has taught me that the pay-off can be surprising, far exceeding the effort.

Every thoughtful adult should read the Bible—at least a hundred pages of it, at least the Psalms and the Gospels, preferably with some interpretive aid close by.

Even if it begins out of a sense of cultural and intellectual duty only, that’s reason enough to open a true classic, doubly so in this case.

The patient and attentive reader of the Bible will be repaid tenfold.

If you’re taking up the challenge to read at least 100 pages of the Bible, here’s my suggestions on where to start:

Genesis 12:1-5. The promise to Abraham which sets up the entire Bible – God would first bless the nation of Israel (the descendents of Abraham) and then, through them, the entire world.

Exodus 12:1-51. The first Passover, the central festival of ancient Israel, reminding the Israelites that God’s judgment ‘passed over’ them. Jesus, in the last supper, instituted a new ‘passover’, a reminder that because of the cross God’s judgment passes over us.

Deuteronomy 6:1-12. A reminder at the beginning of God’s ‘law’ (Torah) that ‘love’ is the motivation and orientation of all the commandments.

Deuteronomy 15:1-15. A wonderful insight into Old Testament social ethics, particularly in relation to the poor.

Leviticus 16:1-34. Yom Kippur, or the Day of Atonement, the heart of the Old Testament sacrificial system and a wonderful pre-figure of the ‘atonement’ for sins that Jesus would come to fulfill.

Psalm 51. A psalm concerning our sinfulness and God’s unmerited grace and mercy.

2 Samuel 7:1-17. The promise to King David which sets in motion the entire hope of a future and eternal king in David’s line.

Isaiah 52:13 – 53:12. An amazing prophecy concerning the suffering and exaltation of the coming Messiah.

Isaiah 65:17-25. A glorious picture of God’s future kingdom – the ‘new creation’ – in which harmony with God, the environment, and with each other, become permanent realities.

Matthew 5:1-16. The so called ‘Beatitudes’ or ‘Blessings’, an account of the shape and nature of living as one of God’s people.

Matthew 22:34-40. The two great commandments that sum up the entire will of God for men and women.

Luke 23:32-46. This narrative about the forgiven criminal next to Jesus on the cross is a wonderful illustration that it is Christ’s mercy, not our good works, that gets us into God’s kingdom.

John 20:24-31. The account of ‘doubting Thomas’ at the resurrection of Jesus. Great news that even doubters come to Christ.

Romans 8:31-39. An enormous statement of God’s unstoppable love for us.

James 3:1-12. A powerful and provocative call to use our tongue (the words we speak) for good not evil.

Ephesians 2:8-10. A great statement of the connection between God’s mercy and our good works. We are not saved by works but we are saved in order to do good works. Salvation is by grace.

Acts 9:1-31. The greatest conversion in history. Saul the Pharisee and persecutor becomes the Apostle Paul, chief missionary of Christianity to the Greco-Roman world.

1 John 1:8–2:2 (not to be confused with the Gospel of John). One of the most encouraging, realistic and hopeful passages in the Bible. It is a call to acknowledge our sin, avoid sin and yet trust that, because of Christ’s death for us, we can always be sure of God’s forgiveness.

Revelation 21:1-7. A glorious picture of God’s future kingdom, where there will be no more tears or death or pain. Bring it on! 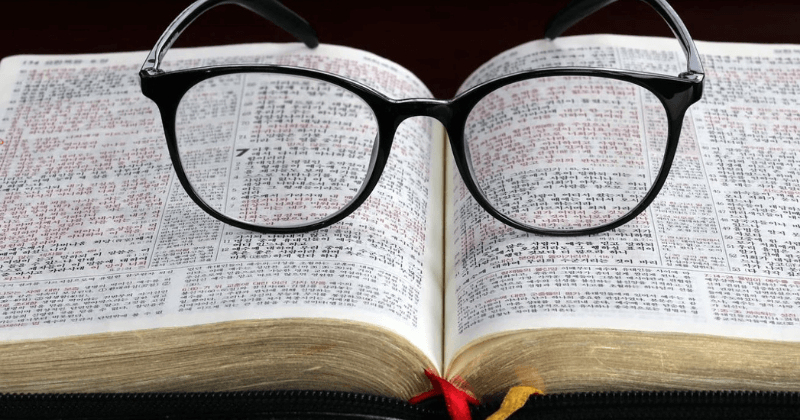