Smart people can be Christian, too

Smart people can be Christian, too

When Sarah Irving-Stonebraker first arrived at Cambridge on a scholarship, and then later took a job at Oxford, she thought Christians were anti-intellectual.

“I couldn’t understand what God could offer me as an explanation of anything. I had a very strong sense of who I was,” Sarah tells John Dickson in Season 1, Episode 9 of Undeceptions. “I had the sense that I knew what life is all about and therefore I didn’t need God to tell me.”

Sarah arrived at Cambridge University as an aspiring historian and with a firm belief that there was no God.

“I left those lectures with a kind of intellectual vertigo … it was like the ground underneath everything I believed had been removed,” said Sarah.

But then she discovered primary documents from the 17th century that showed the first scientists were devout Christians, pursuing nature as a kind of act of worship.

“These are people like Robert Boyle, who is credited with the origins of modern chemistry. Or John Locke. Or Francis Bacon. Not only were they men of deep Christian faith, but their theology was central to their intellectual work,” said Sarah.

These first scientists believed that their rational mind, not just their moral sense, was “fallen”, corrupted because of sin. Even the smartest humans couldn’t simply look at nature and deduce what is true. They had to test their ideas against the real world. And so was born the notion of empirical experiment.

Sarah was fascinated. But not quite shaken out of her atheistic beliefs.

And then she went to Oxford on a research fellowship, where she attended lectures by the renowned philosopher Peter Singer.

“I left those lectures with a kind of intellectual vertigo … it was like the ground underneath everything I believed had been removed,” said Sarah.

Peter Singer has occasionally been dubbed the “world’s most influential living philosopher.” He is also highly controversial for challenging the Western—he’d say the ‘Christian’—idea of “sanctity of life” ethics, which says that every human being is equally and inestimably precious, regardless of their capacities. As an atheist, he thinks that’s mumbo-jumbo. And he’s not afraid to say so.

“It’s the first time I’d had to grapple with the fact that, once you remove God, you remove any grounds for arguing that human life has any inherent value. If there’s no god who created people and they’re just (biologically speaking) animals, where does their value come from?” asked Sarah.

“So Singer presents a series of ethical arguments in those lectures and I leave thinking, goodness, this is not what I believe at all. I went through a period of having to think very deeply about what I believe. It became very clear that I hold this idea that all human lives are not only inherently precious but have equal moral worth … and that’s not the logical outworking of atheism at all.”

Many of us have come to expect that smart people have no time – no headspace – for God. They know too much. They think too deeply for the ‘shallows’ of theology.

But Sarah is an example of just the opposite. Universities like Oxford and Cambridge are melting pots, where people can find their beliefs – or unbelief – turned upside down.

Vaughan Roberts is a prominent British Christian, author and minister at St Ebbes, an Anglican church in the heart of Oxford. He’s familiar with the idea that people today just assume that Oxford and other intellectual institutions are opposed to Christianity. Oxford was home to Richard Dawkins – the famed atheist – after all.

“I think that’s exaggerated,” says Vaughan. “I think indifference is much more common than a strong opposition to Christian faith.”

When Vaughan first arrived at Oxford 30 years ago, he said there was a much larger Christian fringe. Most people he met would likely have ticked the ‘Church of England’ box in a form, even if they didn’t attend church much, if at all.

In fact, Vaughan says he has seen many instances of people studying at Oxford and being genuinely surprised by what they discover about Christianity. Just like Sarah.

“I was sitting in the library and realised the desk I always sat it was in front of the theology section,” says Sarah. “So I picked up a book of sermons. I’d never read a sermon before. To be honest, I knew very little about Christianity.”

It took Sarah a lot longer to pick up the Bible. But once she did, she eventually looked for a local church. And she became a Christian.

Vaughan Roberts says when academics visit his church for the first time, they are intrigued to find a bunch of academics already there.

“There would be those who say, ‘how can someone who is a serious academic believe that the Bible is reliable and can be taken seriously. It’s a surprise to people that there are plenty of academics that keep their brain switched on when they come to church and find they have very good reasons to believe their faith is rationally grounded. And that there are plenty of academics who are not embarrassed about that.”

Vaughan says colleges like Oxford were founded by Christians “with an absolute conviction that all of knowledge flowed for understanding that God made the world.”

“The motto of the University of Oxford is ‘The Lord is my light’ – “Dominus illuminatio mea’, taken from the Psalms. It’s a thoroughly Christian place in its history and architecture. There are echos of Christianity all around Oxford.” 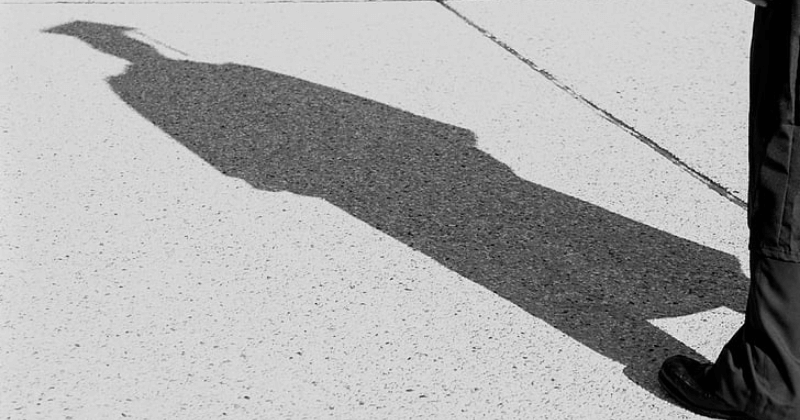