Lennox: Why it’s no problem for a scientist to believe in miracles

Lennox: Why it’s no problem for a scientist to believe in miracles

You don’t have to be gullible to believe in miracles. Atleast, I hope I’m not gullible, believing every claim for miracles like weeping statues and all those kinds of things. The basic issue goes back essentially to David Hume (though it was raised long before him). Hume, an 18th century Scottish philosopher, argued that miracles are violations of the laws of nature, so we could never believe in miracles unless the evidence were even more miraculous than the miracle itself.

“No testimony is sufficient to establish a miracle, unless the testimony be of such a kind that its falsehood would be more miraculous than the fact which it endeavours to establish,” Hume wrote.

And, actually, so did Hume’s great interpreter and advocate – Antony Flew, also one of the 20th century’s greatest intellectual atheists (until, that is, he came to a belief in god). Later in his life I was granted an interview with Flew. And when I asked about Hume and miracles, he said that Hume was wrong. And that his own books interpreting Hume were wrong.

This idea of violation of a law fits much more easily into the realm of jurisprudence than science. Like when you see the signs on the side of the road, ‘if you park illegally, violators will be towed’. It’s why I think C.S. Lewis got it absolutely right when he sought to show that the problem of miracles lies in two concepts of law. (Read Lewis’ book Miracles for more).

One is the mathematical concept, the other is the legal concept. Lewis tells a lovely little analogy to illustrate it:

The mistake is to think that the drawer is a closed system of cause and effect and therefore there’s nothing outside it that could come in and feed something in or take something out.

If you didn’t know that dead bodies stayed in the ground, well the resurrection of Jesus would be no big deal. But the point is, in the world of the New Testament 20 centuries ago, they knew the relevant laws of nature and that’s why they recognise the miracle.

So Hume is wrong in several ways. When people say today that science and miracles clash, well, no. If there is a god who created the universe and has it running on certain recognisable laws, he’s not constrained by them. He’s not a prisoner of them. He can feed a new and a special event in and our knowledge of the laws will help us recognise that. So you need both things. You need a universe that does run on laws in order to recognise the hand of God when he gets involved. I don’t see a problem here.

John Lennox is Professor of Mathematics at Oxford University (emeritus) and Emeritus Fellow in mathematics and the philosophy of science at Green Templeton College, a graduate community also at Oxford. He is also an adjunct professor at the Oxford Centre for Christian Apologetics, and has published over 70 mathematical papers and several books on the interface between science, philosophy and theology including God’s Undertaker: Has Science Buried God?, Gunning for God, God and Stephen Hawking and Can Science Explain Everything. 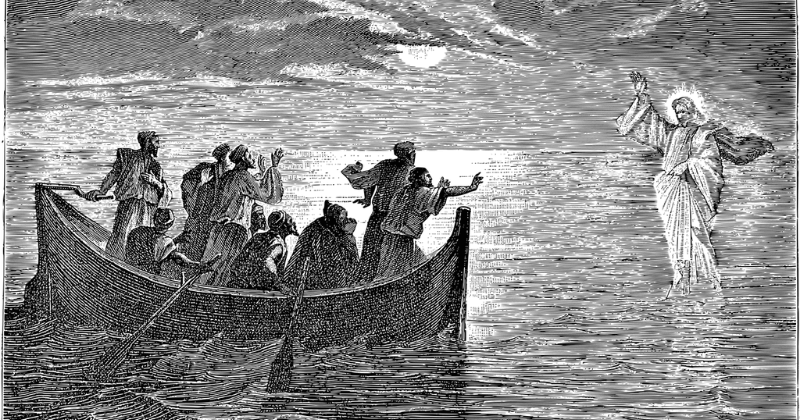