Is the story of creation in Genesis myth or fact?

Is the story of creation in Genesis
myth or fact?

Both atheistic evolutionists and literalistic creationists want you to read the book of Genesis the same way. They want you to take it at face value. A literalistic reading that purports to give you an historical account of how the world came into being.

It sets up an epic battle: creation versus evolution. 6 days versus 13.8 billion years. And many atheists argue that the evidence is in and science has won. Evolution is real, and therefore the Bible’s creation story is just that: a story. Debunked.

But Professor C. John Collins, Professor of Old Testament at Covenant Theological Seminary suggests there’s another way to read the Book of Genesis. And it’s not a new way of reading the book. In fact, many scholars back to ancient times have seen Genesis in a different light. John Dickson spoke with Professor Collins for Season 2 of the Undeceptions Podcast. You can listen to the whole episode here.

Collins believes a literal reading of the Book of Genesis – and any text, for that matter – should mean simply cooperating with the author. 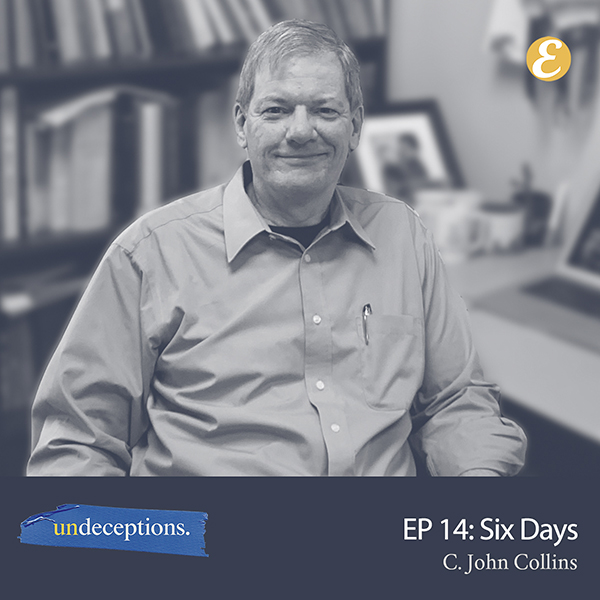 “Part of cooperating with the author is to recognise that there is an historical impulse but the author has a lot of liberty as to how he narrates his events and what level of detail he expects you to take him literally on.

“For example, how widely spread does the flood [in Genesis 6-9] need to have been? There are those who would say that it needs to have been worldwide in order to be historically true. I don’t think that’s the case.

Collins argues that there are many, many examples of hyperbole in the Bible – exaggerated statements or claims not meant to be taken literally.

“An hyperbole is not the same as not telling the truth,” he says. “If I tell my students that I have thousands of papers to grade, they recognise that as hyperbole. They don’t think that I’ve told them an untruth.

“Hyperbole is one of those things that’s available as legitimate storytelling in the Bible.”

Hyperbole and poetry in the Bible can make people feel uncomfortable. Why would God use literary techniques like this? Why can’t he just tell it as it is?

“People add qualifiers if they say it’s poetry, they’ll add ‘it’s only poetry’ or ‘merely poetry’. They’re really misunderstanding how communication works. Poetry does not mean that it isn’t about something, but it expects you to use your analytical capabilities in a different way than a prose narrative (straight reading) would. Neither of them is better or worse than the other. They just serve different purposes.”

Collins argues that the Genesis story – like other creation stories in ancient times – served to set a worldview that defines a community. In ancient Mesopotamia, for example, their creation story cemented a hierarchical society.

“[In this Mesopotamian story] you have senior gods and junior gods. The junior gods get tired of doing all the work, so they go on strike. Then the gods agree that they would make humankind to do the work – like digging irrigation channels and tending the crops.

“The story gives you an idea of a hierarchy in the social system. The vast majority of people in Mesopotamia were at the bottom level of that hierarchy, just doing this kind of ordinary labor. But they are enabled by the recitation of those myths to see their place in the world. Those who are higher up have their role and all the way up to the gods. And you don’t rebel against that structure or else you’re rebelling against the gods, and that will go very poorly for you.”

The story in Genesis, says Collins, is written in a way that acknowledges the other creation stories floating around at the time, but seeks to tell similar events in a very different way, with a different worldview.

Comparing other ancient creation stories with Genesis also rubs many Christians up the wrong way. But he’s not suggesting that Genesis is just another ‘story’. But, he says, reading Genesis literalistically doesn’t allow room for what you’re actually supposed to gain from the text.

Take the idea that the world was created in six days.

“The six days are described in a very highly patterned way,” says Collins.

“Each day begins with ‘And God said…”, and ends with a refrain. ‘And there was evening and there was morning, the first, second, third down to the sixth day.’

“Nothing that’s described gets its ordinary Hebrew name. So rather than the ‘sun’ or the ‘moon’, you have the great light and the lesser light. You have the different kinds of animals, but not anything more specific. You don’t have a mention of sparrows or ravens or cows or goats. You just have ‘beasts of the field’ and ‘creeping things’ and so on.

Collins argues that the whole purpose of Genesis 1 is to set the ideal human community – a place in which the image of God, or the imitation of God, is actually going to be realised. That, of course gets distorted in Genesis 3 when humans disobey God. But the first chapter is outlining the ideal and “dignifying the people of Israel by giving them this whole outlook on life in which the ideal is for them to live by imitating God, because they are made in His image.”

That’s the narrative you get by reading in a way that seeks to honour the intentions of the author, argues Collins, reading the Book of Genesis in the context of the other creation stories written at similar times and acknowledging how Genesis sought to portray a different approach.

Collins is by no means the first scholar to argue against a literalistic reading of the Book of Genesis. And his interpretation is not a reaction to the modern scientific arguments seeking to debunk Christianity’s view of the beginning of the world.

According to John Dickson, it’s a “really well kept secret in the modern world” that quite a number of Jewish and Christian intellectuals in ancient times did not read Genesis 1 literalistically. Many did, of course. But some of the most famous did not, including the greatest Jewish intellectual of the 1st-century, Philo of Alexandria, who read Genesis 1 as a metaphor, the six days being a symbol of order in the universe. Or the great Saint Augustine – perhaps the most influential Christian thinker of ancient times – who believed God created all matter, instantly, in an unknown past (his interpretation of the meaning of Genesis 1:1, “In the beginning God created the heavens and the earth”).  The ‘days’ that follow in Genesis 1, he said, were successive epochs—centuries or millennia—in which God fashioned the matter of heaven and earth into the various forms we see today.

Then there’s Moses Maimonides (AD 1135-1204), the most revered Jewish rabbi of the Middle Ages – long before the scientific challenge about creation. Maimonides wrote: “The subject of creation is very important, but our ability to understand these concepts is very limited. Therefore, God described these profound concepts, which by his Divine wisdom found necessary to communicate to us, using allegories, metaphors, and imagery.”

“Genesis has a ‘literary’ and theological intention more than a scientific one. That’s what many ancients believed. Not all of them, by any means. But a number of them.”

Collins is not arguing that the Book of Genesis is not true at the factual level. But he is arguing that conveying how the world was created is not actually the purpose of the first chapters of Genesis. Whether or not it’s historically accurate doesn’t affect the writer’s intention. 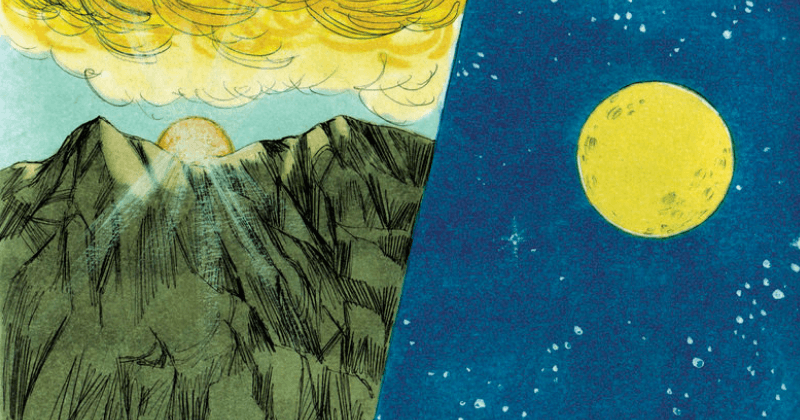