Myf Warhurst on ABC Radio asks: where would we be without Jesus? She interviews John Dickson about his latest book Is Jesus History.

Knowledge of Jesus is important even for non-believers, says Dickson. In a volume called Who’s Bigger, published by Cambridge University Press, information scientists came up with an algorithm to test the relevance and influence of about a thousand figures throughout history, from Aristotle through to Einstein.

“These guys concluded that Jesus was clearly the most influential figure in history. Just at the level of wanting to know about our own culture, knowing something about Jesus is a good idea,” says Dickson.

Given this level of influence, does it even matter if Jesus was a real person? Dickson says you won’t find an ancient historian anywhere who thinks he wasn’t real.

“But it kind of does matter. If they really lived, you can anchor them in their time and place … and that will shed light on the things this person is recorded to have said. If Jesus really lived, then the more stuff we dig up in Galilee the more we’re going to have as a way of shedding light on some of the ways he thought about life.”

“On the one hand, he was very much a first century Gailean. On the other, he was a universalist – he had this massive global vision. He was a fiery preacher, and yet he’s famous for saying ‘Love your enemies.’ Through time, what happens is people pick their favourite Jesus.”

For Dickson, the question, ‘Is Jesus history’ is both a historical and personal one.

“As a historian, I think Jesus certainly went around convincing people he was the Messiah, a teacher, a healer. That’s pretty clear.

“The personal question is: what do we make of all that?

“I have come to be convinced that that historical portrait is a living reality. I’m a Christian and a historian. As a historian, I try not to smuggle in theological ideas, I just lay out what historians are discussing and let folks make up their own minds.

“My punchline in the book isn’t, ‘Will you please become a Christian now. My punchline is, ‘Hey, why don’t you pick up one of those first century gospels, those biographies about this guy, and read it as an adult and make up your own mind.’”

The extraordinary expansion of Christianity in the ancient world is mysterious, says Dickson. Get a bunch of historians in a room and ask them why it became so big, and they’ll say ‘We don’t know’.

“It’s truly weird. This group had no power, no army, no legislative ability. They were the ultimate bottom-up organization. They were from the lower classes, generally. And they up-ended the Roman world. Is that a fluke? I don’t know.”

Teresa Morgan, a professor of Ancient History at Oxford University, said Christianity’s emphasis on love and caring for each other was extremely influential in a world suffocating under the weight of hierarchy, violence and poverty.

“Morgan says people flocked to this idea that God is love and that human beings should reflect that. I reckon that’s as good a historical analysis on the growth of Christianity as anything.”

You can hear more about Teresa Morgan’s theory on the spread of Christianity in episode four of Undeceptions, a podcast with John Dickson.

Our “love of love” is where you can see Jesus’ influence most clearly today, says Dickson.

“There is a kind of universal acceptance that love even for enemies is worth attempting. Certainly love of the refugee on the borders of Syria, we should love that person. I know that seems like common sense, but there is a strong consensus amongst historians that that came into the world because of the person of Jesus, who insisted quite against the greek and roman ideas of everyone being in their fixed setting, Jesus said we should cross boundaries. You love the unlovely. Over time that has massively influenced western culture.”

Listen to the full interview with Myf Warhurst on ABC Radio here. 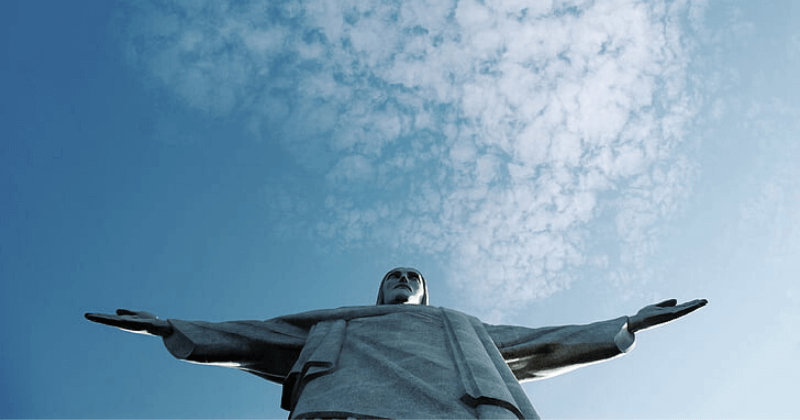