Christianity disrupts the ‘brutal’ morality of the ancient world

Christianity disrupts the ‘brutal’ morality of the ancient world

Understanding that world is about understanding ourselves. The classical world is all around us.
I am a historian of mentality. I want to know how people think. I”m also interested in how people live.

This is a world without safety nets. There’s no old age pension. No free healthcare. No social supports of any kind. If you lost your livelihood, you’re on the street. It’s absolutely brutal.

I have done a lot of research on “popular morality”, which usually makes its way up from the bottom rungs of society, eventually finding its way into the higher-level literature of the time. Two genres of such “moral thinking” in the ancient world are “proverbs” and “fables”.

These proverbs and fables tell a story of what an average ancient Roman might consider to make up “the good life”. What did they care about? What did they value?

They cared about survival. This is a world of vast economic and social inequality. Most people are living on the breadline, or very close to it. One bad harvest, and most families would go hungry. This is a world without safety nets. There’s no old age pension. No free healthcare. No social supports of any kind. If you lost your livelihood, you’re on the street. It’s absolutely brutal.

Sheer survival from day to day would have been the dominant factor in the thinking of your average ancient Roman. It steered almost everybody.

Classical proverbs, then, are all about street smarts. Many are about intelligence vs foolishness. For example: ‘Many are soothsayers, few are prophets’ or, ‘If you can’t hurt your enemy openly, do it secretly’ or, ‘The old age of the eagle beats the youth of the lark’.

These are the kinds of street smarts that will get you successfully to the end of the day.

So, the ancient world was brutal, and the lower classes had a bunch of sayings or ‘teachings’ that reflect a desire to outsmart your rival… to survive.

And then you get to the New Testament writings in the first century.

Early Christian writings are priceless, not just because of their religious value, but as a documented social history of the lives of very ordinary people.

Much of the New Testament writings are the community literature of very ordinary people in the early Roman empire of a kind that we have almost no parallel for. It’s a very rare corpus of documents for a social historian.

And within these early Christian writings, faith, hope, love and justice are themes that upend the ancient world.

Take ‘love’, for instance. Christians are taught that God loves them with such abundance that they can afford to love one another with unreserved generosity.

Such thinking was completely different from the survival ethic of the ancient world. There was nothing “extra” to go around. Most people were dealing with only what they had to scrape by. There was no generosity.

With that idea of love comes the idea of caring for the vulnerable. Christians create social safety nets. They’re the people who are notorious for looking after the widows, the poor, the orphans. These are the people most likely to be living on the streets. It’s a radically different way of thinking.

The fact that Christians looked after each other in an exceptional way may have been one of the great attractions to Christianity for ordinary people. It’s perhaps one fo the reasons why the movement grew quite quickly. 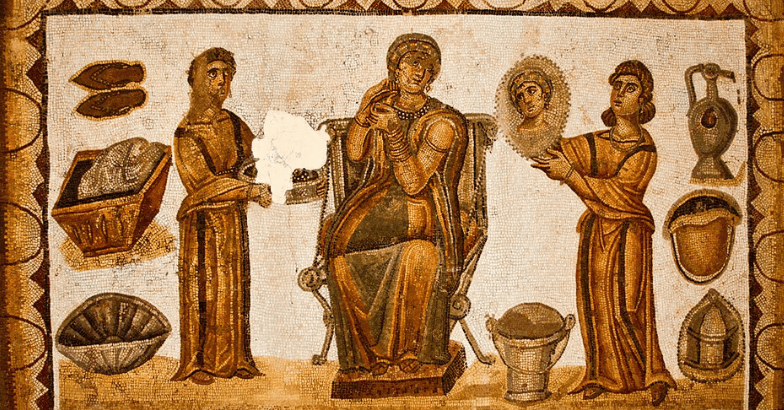