Cancer and the logic of suffering

Cancer and the logic of suffering

Cancer is so destructive, it’s become a by-word for anything that fundamentally undermines and systematically destroys. We talk about political corruption as a ‘cancer of the state’. Buildings can get ‘concrete cancer’. And if we’re looking for almost unattainable goals, we talk about the ‘cure for cancer’.

Professor Tim Maughan is one of those researchers pursuing that unattainable goal. A professor of clinical oncology, and the director of the Oxford Institute for Radiation Oncology, Maughan oversees dozens of programs designed to understand cancer better.

“Cancer is a disease of cells,” says Maughan. “If you think about a cell, it is the most extraordinary, complex, brilliant organisation. It has feedback mechanisms which control it.

“So our bodies are made up of these wonderful little things called cells. And cancer is a disease when those control mechanisms begin to go wrong.

Through the ages, myriad human voices have cried out, “My God, why!?”

Imagine driving a car and realising your foot brake doesn’t work. Then your hand brakes fail. And when you try and take your foot off the accelerator, you realise it’s stuck. Then the steering wheel falls off. But the engine keeps going.

“That’s what cancer is,” says Maughan. “It’s cells that have lost control and are beginning to behave autonomously. It’s chaos.”

According to the World Health Organisation, cancer is the second leading cause of death internationally, accounting for an estimated 9.6 million fatalities in 2018 – that’s 1 in 6 deaths.

But cancer isn’t just a medical battleground, it’s a spiritual one as well.

Through the ages, myriad human voices have cried out, “My God, why!?”

According to John Dickson, it’s generally agreed today (by philosophers in cool-headed moments) that suffering can’t be a knockdown argument against God – not a logical one, anyway.

“But there’s a widely recognised problem with Premise 2. We just don’t know that an all-good God would necessarily end all pain.

“In order to sustain the argument, we’d first have to show that God couldn’t—in principle—have decent reasons for allowing a world in which pain is a reality.

“In ordinary human life, there are plenty of examples where we ourselves, in good conscience, allow pain for decent ends (self-improvement, in medicine, with our own children, and so on). None of these may correspond to God’s reasons.

“But if we (with limited knowledge) can think of noble ends that justify pain, we just can’t logically rule out that an infinitely wise God could have infinitely better ends in mind for allowing a world in which pain exists.”

The question of suffering goes back to the fifth century, to Augustine. But Thomas Aquinas in the 13th century set things most clearly:

So, Dickson says, “if we can imagine any case in life where a noble end satisfies the pain associated with it, we at least have an analogy for the divine plan.”

“I offer this only as a response to those who say that suffering is a logical proof against God’s existence: it really isn’t,” says Dickson.

But for those who have really experienced pain – in cancer or some other form – this “logical” analysis won’t help much at all.

Amidst the chaos of cancer, Maughan clings to his Christian faith. He believes in a good creator, despite working day by day, minute by minute, analysing a malignancy in our body that kills by the second.

“Bad things happen to good people, bad things happen to all sorts of people in this world. And the amazing thing to me is that God operates in that environment and that he comes to meet with people and he walks with us in the middle of that bad stuff. He did that in Jesus and he does it in life now.

“He’s not a God who fixes stuff in the sense of making everything nice and rosy. He is a God who inhabits our frailties and walks with us through our sufferings.” 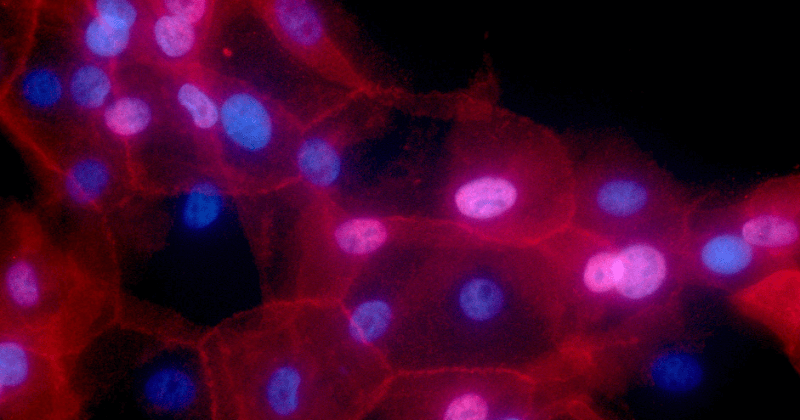