Beware claims that atheism is on the rise

Beware claims that atheism is on the rise

On paper, the number of people claiming atheism is on the increase around the world. But John Dickson isn’t so sure. He spoke with Eternity News about a large Pew survey conducted in 2018 which found that of the 19 per cent of people who said they didn’t believe in God, almost half (9 per cent) admitted they do believe in a universal spirit or power behind the universe.

“That’s pretty close to the idea of God, anyway,” says Dickson. “It turned out what [these people] were denying was any association with a religious account of God, but they still believed there was a being that you could pray to and which orders the world and so on.”

“So it turns out that nearly half of the atheists in the Pew survey actually weren’t atheists in the strict sense … as people become more sceptical about religion, they’re going to say in surveys, ‘I’m not religious’, and you mustn’t conflate that with atheism.”

In the same way, Dickson says the increase in the number of Australians ticking “no religion” on the national census is almost meaningless.

“What has happened in the last 10 years is that people have felt much freer to say ‘I’m jack of religion, I don’t like religion at all, so I’m ‘no religion,’ right?’ But all we’ve done is given people space to admit that in public – and I think that’s a good thing. So ticking ‘no religion’ has increased, but I don’t think that tells you anything about who believes in God, who prays to God. You can be sure that a significant percentage of those who circle ‘no religion’ do actually believe in some kind of universal spirit, they do actually say prayers and so on. So it’s a really interesting phenomenon.”

You can read more about recent surveys on atheism, and John’s response at Eternitynews.com.au. 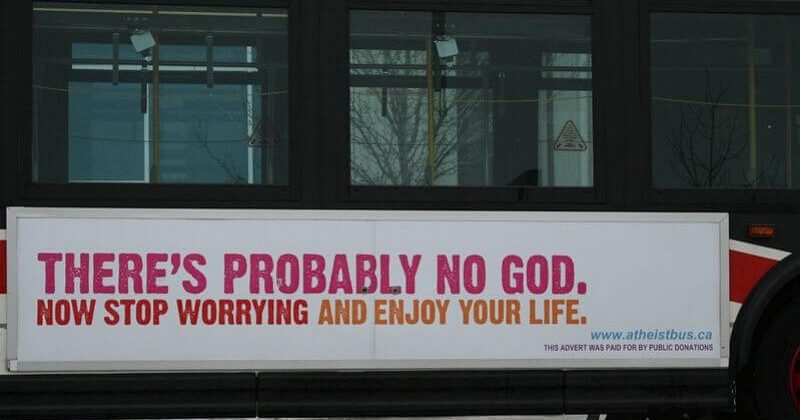