In our home, we had a special room dedicated for the house shrine where we had the images of the Hindu god that we worshiped as the supreme being. Like for thousands of other similar families, we would bathe first thing in the morning, so we could be fresh for worship. We each had a personal prayer kid, with the relevant images. We weren’t allowed to eat or drink before we worshipped.

After school, as we walked into the house, we would take our shoes off prostrate six times in front of the house shrine, say a few prayers and then go and do our homework. After dinner was a sort of family scripture time.

Our temple was in Northwest London.  By the time I was 16, I’d been given the responsibility to look after all the youth activities in the temple. In 1988, our particular Hindu denomination was growing pretty fast. The denomination’s guru – we believed he was the vessel of God on earth, and worshiped him as we worshiped god –  was in London, and attending an event where I was giving a speech. There were about 3000 people in the congregation and the guru was very happy with my speech.

In 1991, I entered a monastery in Gujurat, in the northwest of India. 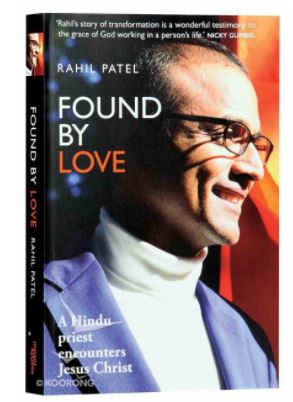 Once I’d finished, it was tradition to go to the guru and bow to take his blessings. And he spoke to me. He told me I had a good gift and that I should become a priest – a Swami. A Swami takes a monastic lifestyle, with an evangelistic approach. Immediately, I said yes. Getting that kind of recognition, in front of thousands of people at the age of 16 … it filled me with pride. I was ecstatic about the whole idea.

I left my family and followed the guru to America, touring with him for two and half months. To become a Swami, you take renouncement vows which are very strict. You can no longer talk to your parents. You take a vow of celibacy. You can’t even talk to women, let alone marry them. It demands complete detachment from all emotional ties.

You don’t get paid to be a Swami. You can’t even touch money. If you accidently touch money, you have to wash your hands 25 times. All these things, they can catch you. You must detach from it all.

In 1991, I entered a monastery in Gujurat, in the northwest of India.

The training to become a priest was rigorous: Wake up at 4:30am, have a cold bath (you don’t give your body the comfort of warm water). You always have a bath with your robes on. You never take your robes off because you’re never allowed to show your body. Then you sit down in your personal prayers for 45 minutes. Once prayers are done, everybody on the campus – about 150 of us – would get together in the main temple and worship together at 6am. Then you have chores: sweep the grounds or clean the toilets or you help make garlands for the images or help in the kitchen. Then breakfast. The first sermon starts after that, and you better take notes because every fortnight there is a three-hour paper on the 14 sermons you heard, and you are expected to score above 91%

Classes start at 9am and finish at about 7pm. You have breaks throughout the day, a few more worship sessions, a one-hour nap, and some yoga. That’s a typical day. Five times a month, we fasted – 36 hours without food or water.

I was there for six years.

In 1995, I was ordained as a priest. I spent a couple of years in Mumbai, looking after youth activities. But then in 1997, I was given the role of evangelizing to Europe and Russia, setting up temples, building congregations and raising funds for more activities.

I asked my guru a lot of questions, right from the beginning – even about his own divinity.

Our first priority was to bring other Indians or Hindus into our denomination. In Europe it was a very barren land for us at that time. America, UK, Australia and New Zealand, obviously India in the middle East, Africa was all growing – flourishing, even. But Europe was barren. Language was often a barrier for Indians thinking of emigrating, so there aren’t many Indians in Europe.

I started by just finding one person – or one family that is really dedicated. And start building from there.

My guru had 800 disciples at the time, but I was one of his favourites. I was thought I could be quite free with him. And I asked a lot of questions, right from the beginning – even about his own divinity.

My view of God started to change. I started to believe that he was much bigger, more diverse, more beautiful and not tied to a guru or an image in a temple.

But from about 2005, I started a secret fascination with Jesus Christ. I would be wearing the orange robes, but I just loved looking at the cross. I didn’t know much about Jesus. From my school days, I knew he was crucified, but I didn’t know what that meant. I started to just walk into churches. It wasn’t so much about the art or the architecture, but there was something I found really attractive about being there.

By this time, my position was quite senior, and no one really questioned my visiting a church.

I landed in London, 40 years old, having given up my search for God.

I was travelling more and more and meeting people “outside the fold” of my Hindu denomination. And my view of God started to change. I started to believe that he was much bigger, more diverse, more beautiful and not tied to a guru or an image in a temple. This view of god started seeping into the speeches I was giving. In Orlando in 2007, I spoke at a national convention and gave a 10 minute keynote address. I read a Hindu verse and gave my interpretation based entirely on my own experiences of what I saw through my travels. And people really responded to it. And so I continued along – my speeches becoming less and less strictly based on the Hindu scriptures.

A few years later, I went to Bombay to visit the guru. But when I walked into the room, a whole group of very senior people were there to talk to me about my theology and the content of my speeches. I was told that I would be kept in a village in India, because I had too much influence on people’s minds to keep making speeches of the kind I was making.

That was the first time I said no to the Hindu god. And I decided then and there that I didn’t want to be Swami anymore. How that came out of my mouth, I don’t know. And the guru, to my shock, told me to go. Just like that. After 20 years.

As I entered into the church, in my first few steps, the presence of God just fell on me with this beautiful blanket of deep peace. I had this sense of home.

I was given two pairs of trousers, two shirts. I gave back my orange robes. And I wondered – where do I go now? My parents had moved to Dubai. So, a friend put me up in his hotel in London. I landed in London, 40 years old, having given up my search for God. Everything I’d started out to do as a teenager was gone.

My friend putting me up in the hotel told me not to worry about a job just yet, but encouraged me to focus on opening up my senses. I went on lots of walks.

In January 2012, I was walking to South Kensington station and I saw this beautiful church down a quiet road: Holy Trinity Brompton. It was a Sunday morning around 11:15 AM and I decided to go take a look. Standing at the door were two Australians – Josh and Sarah. And I remember they had this love just oozing out of them. As I entered into the church, in my first few steps, the presence of God just fell on me with this beautiful blanket of deep peace. I had this sense of home.

Twenty years ago, in my first month of training in the monastery, I was prostrating to the images with all the other swamis. And I heard a voice asking me, ‘Have you made the right decision? Are you in the right place?’ I had suppressed that voice, putting it down to Maya – the Hindu version of the devil – trying to stop me from meeting my destiny.

I’d heard the same voice a few times after that – once when I was reading the works of Swami Vivekananda – an Indian Hindu monk. And that same voice came to me in the church, telling me that this was home.

I stayed for the sermon, the worship – I’d never seen worship on drums and guitars! And then I went back to the hotel. I sat on my bed. I didn’t say any specific prayer, Ijust said yes. I remember saying that to myself: Yes.

In that moment, on that day, I still didn’t know much about Jesus Christ. But there was a pull towards him that I found really attractive. I went to church every Sunday after that.

For at least two years, I wrested with a feeling of rejection and abandonment by my Hindu denomination. I felt treacherous. Like a backstabber. But God started to heal me. I feel now completely free of that.

The most attractive thing for the Hindu believer is a deep sense of belonging to a community.

But I do miss things about the culture of my Hindu life. I miss the sense of community. Religion wasn’t something you did on a Tuesday or a Sunday lunchtime. It was a way of life.

I think the most attractive thing for the Hindu believer is a deep sense of belonging to a community, to a group of people who are practicing, worshiping, doing life together. I don’t think I appreciated that until I was removed from it.

I am loved as I am. There’s nothing more I can do.

But now, I feel a deep sense of belonging in Christ. The most attractive thing about Christianity, for me, is encountering the tangible, available presence of God through Christ. That deep joy, that peace, that love. The presence of God satisfies every part of your being. And it’s available every single day, throughout the day. I didn’t have to work hard to get that peace or work to get that joy. It comes regardless of circumstance. When I fall short, when I make a mistake, when I think something wrong, that engagement with God’s presence cleanses the conscience.

I am free of all my shortcomings. I am not burdened by karma. That was impossible before. I am loved as I am. There’s nothing more I can do. 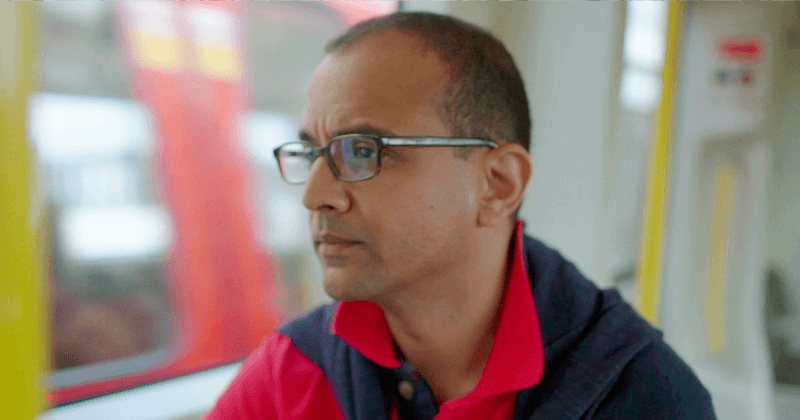