5 Minute Jesus: How are we to view Jesus’ miracles?

5 Minute Jesus: How are we to view
Jesus' miracles?

The philosophical, scientific and historical rationale for an openness to miracles – and the miracles of Jesus in particular – are pretty strong.

If you don’t believe in God, of course, no amount of evidence is going to convince you that a miracle can take place. But if, like most people in Australia, the US and around the world, you do think there’s a mind behind the laws of nature – that that’s what the laws of nature point to – then you at least can be open to the possibility that those laws are God’s laws, and he can work in and through them to do things that are surprising to us. Miracles.

Curiously, virtually every historian working on the history of Jesus – regardless of faith or scepticism – agrees that Jesus did things everyone at the time thought were miracles. The evidence is overwhelming on the historical front. But there’s an aspect of the Jesus story, and of the healings in particular, that is often overlooked.

The thing I just want to underline for now is that as with so much of Jesus’ life, things he said and did only make sense when we read those words and actions against the backdrop of the Old Testament and what ancient Jews were saying around the same time.

It’s not really philosophy or history. It’s to do with the meaning of the healings, according to the Gospels. And we have pretty good evidence of what Jesus’ own perspective was on the miracles of Jesus.

On the one hand, Jesus’ healings are acts of compassion and authority. There are many texts in the Gospels that make those two points.

But Jesus gave his miracles a more ‘theological’ interpretation (if that’s the right word!). According to Jesus’ own words, his healing are a reversal of the curses of the Old Testament, in the book of Deuteronomy. This may sound weird, but it’s an important interpretation in the discussion of the life of Jesus.

Before his death, John the Baptist learned about Jesus’ increasing fame and sent Jesus a question – basically, “Are you the one?” A passage in Matthew 11 and Luke 7 (which comes from their shared source, which scholars call Q) reads,

“When John, who was in prison, heard about the deeds of the Messiah, he sent his disciples to ask him, ‘Are you the one who is to come, or should we expect someone else?’

“Jesus replied, “Go back and report to John what you hear and see: The blind receive sight, the lame walk, those who have leprosy are cleansed, the deaf hear, the dead are raised, and the good news is proclaimed to the poor.’” (Matthew 11:2-5)

These words were clear in their meaning to those who first heard them – to John the Baptist, his disciples and the gospel writers and readers.

Many Jews in Jesus’ day believed they were living under the curse listed in the “old covenant” in Deuteronomy 28. In that Old Testament book, there’s a list of curses for Israel if it doesn’t follow the ways of God. It includes things like fever, skin disease, blindness, insanity, and a number of unpleasant physical conditions, including death.

Jews knew that they had disobeyed the covenant and many believed they were living under those very curses. By the time of Jesus, there was great speculation – or hope might be a better word – that there would be a time when this judgment would be lifted. And the reason they thought that is because there was a biblical book written after Deuteronomy, but long before Jesus, called Isaiah. In Isaiah, there are all these promises about the lifting of the covenant curses, the lifting of the diseases on Israel.

Isaiah 61 has a similar list about the lifting of the curse.

Jesus’ exact words back to John the Baptist, in that passage in Matthew and Luke, are brimming with significance. He answers John’s question with a precis of his own activity, deliberately couched in the language of those Isaiah promises: “Go back and report to John what you hear and see: The blind receive sight, the lame walk, those who have leprosy are cleansed, the deaf hear, the dead are raised, and the good news is proclaimed to the poor.”

Jesus’ powers – his signs, his miracles – are not tricks designed to enhance his reputation. Still less were they a model for contemporary faith healers. They were a specific message to ancient Israel. They signalled the end of the time of judgment, and the beginning of renewal.

Now, I’m not saying that’s all that the healings of Jesus mean. There’s much more to his healings than that. But the thing I just want to underline for now is that as with so much of Jesus’ life, things he said and did only make sense when we read those words and actions against the backdrop of the Old Testament and what ancient Jews were saying around the same time.

This is not to say that the miracles of Jesus don’t have ongoing significance and a message about his compassion and the renewal of the whole world. They do. But first and foremost, they were a message to his own people – to ancient Israelites – conscious of being under God’s curse. The message was: the time of favour is now. The curses are being lifted. There’s an invitation to begin again.

5 Minute Jesus: How are we to view Jesus’ miracles? 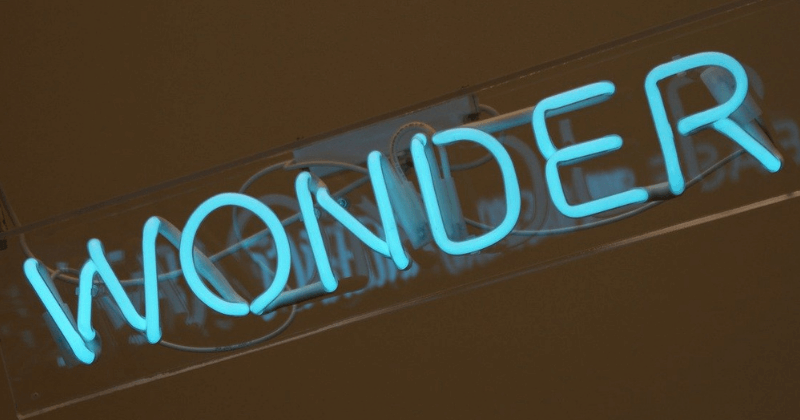