Perhaps you’re sceptical, perhaps you’re just undecided – our challenge for you for 2021 is: read at least 100 pages of the Bible.

This book has shaped much of our world. It would be great to think that you’ve got your head around at least 100 pages, as an adult, with all your grownup questions activated.

Yes, the Bible is weird. It’s got wars, bizarre laws, talking snakes, perhaps even a unicorn or two, slavery, misogyny, and much more. But there is way to read this stuff, and there’s a way not to.

And we reckon today’s guest can help us with both, and make 2021 TO ETOS TES BIBLOU, the year of the Bible.

This episode is brought to you by Zondervan Academic’s new book How to Fight Racism by Jemar Tisby.

Among Australian creatives, too, literary lights such as Patrick White, Elizabeth Jolley, Tim Winton, Helen Garner and Christos Tsiolkas all make powerful use of biblical narratives and imagery. Songwriters from Nick Cave to the late Yolngu star Gurrumul have drawn on the scriptures in their lyrics.

Each of these Australians has found the Bible an enlarging influence on the imagination. Audiences can easily miss key elements of their work without a degree of biblical literacy.

Swing low: The campaign against slavery was a shining jewel in the collection of social changes that swept the 19th century. However history shows us it was clearly not a secular viewpoint that set people free.

First Abolitionist: Gregory of Nyssa could have been the man who changed history, if history had listened to his theory on slavery.

Freeing Slaves: The early church adopted many approaches to rescuing people from the scourge of slavery and, when legal means failed, its members were ready to risk themselves on slave raids.

Medieval Manumission: What would you be prepared to give in order to set a slave free? How much would it be worth to you? One medieval man gave everything he had, right down to the shirt off his back.

Indigenous slaves: Was Australia built on slavery, or wasn’t it? It depends very much on who you ask.

Take up John Dickson’s challenge of reading atleast 100 pages of the Bible this year. Here’s his Top Ten Old and New Testament Bible passages to get you started.

Learn more about Greg Koukl’s Never Read a Bible Verse which he says is his attempt to His “rescue believers from a superstitious way of reading their Bibles that causes silliness, confusion, and sometimes even disaster.”

The visual was created by a church here in Sydney, based on a book by friend of the podcast, Vaughan Roberts, titled God’s Big Picture.

Here’s an overview of the storyline of the Bible: 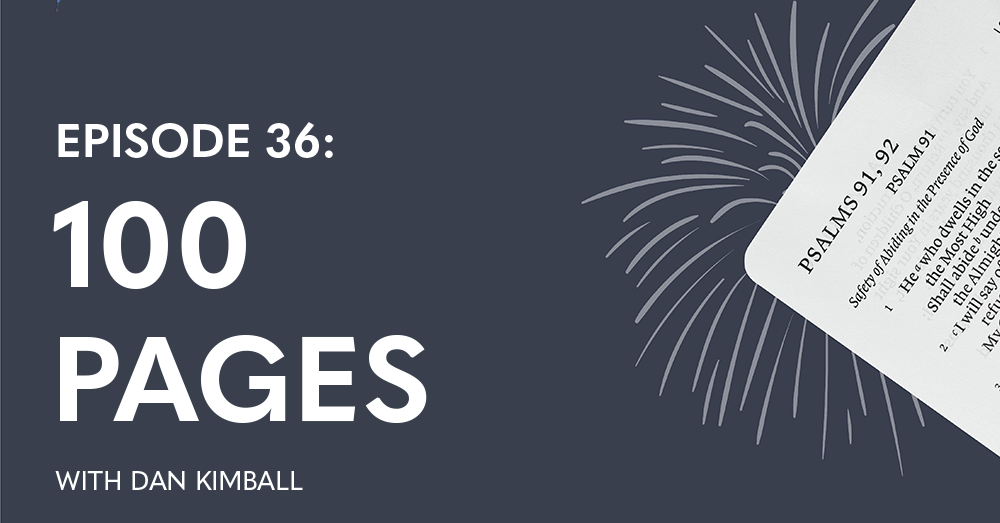