What Jesus really thought of Rome

What Jesus really thought of Rome

What did Jesus think of Rome? Was he anti-Caesar? Was he neutral? Was he positive?

To answer these questions, some point to the famous instance where Jesus is challenged about paying taxes to the Emperor in the gospel of Mark. He gets a coin – a denarius with Tiberius’ image on it – and says ‘Who’s image is this?’ And his audience says, ‘Caesar’s’. ‘So,’ Jesus says, ‘give to Caesar what is Caesar’s and give to God what is God’s.’

John Dickson says this is a clue to something you find throughout the New Testament. The earliest Christians were quite relaxed about the fact of the emperor ruling the world. They thought that God required a higher allegiance and called you to an ethos that is unlike Rome. So although Christians weren’t anti-imperial, Jesus told them that they have a higher commitment. Be a faithful citizen of the empire, but live by a different ethic – one of humility and love.

And this wasn’t simply because Christians were lower class. German philosopher Fredrich Nietzsche’s claim is that Christians were a slave class and thus invented a slave ethic. But Dickson says that is quite misguided.

“Even leaving aside the fact that many of the early Christians were actually middle class, not peasant class, I think what drives this relaxed feeling about empire is that they believed that political power wasn’t the end game. That’s only a tiny portion of the real power. They believed in spiritual power.”

Christians could be relaxed about who sat on the throne in Rome because they knew they were going to change the world with spiritual power – not with force violence, or political power.

This ethic plays out beautifully in the Christmas narratives, which you can read in the Gospel of Luke, Chapter 2. In it, Luke says that Emperor Augustus demands a census of the Roman world.

It goes on to talk about a little peasant family who can’t find any room in Bethlehem and so their baby – Jesus, who will be the saviour of the world –  has to be laid in a manger, an animal feeding area.

“Everything about this narrative is saying that at the very point when Augustus – the great first emperor of Rome – is flexing his muscles, God is doing something small, secret, lowly.

The narrative of Luke’s gospel, and the manger in particular, captures what Christianity is trying to say: that what God will do in the world is from below, is with humility, is service.

“You can draw a straight line from the manger to the cross,” says Dickson. “They’re trying to say the same thing. Lowliness is what, in the end, counts and is eternal. Power, politics, that is secondary.”

It was the early Christians who came to use the word ‘humility’ – “tapeinos” in Greek,  “humilitas” in Latin – as a virtue.

“We all take humility for granted now. We love it when Roger Federer is humble, but in antiquity that just wasn’t the case. It wasn’t ranked among the virtues. It really just meant to be shamed, to be crushed,” says Dickson. “But because of this story that upended power, the early Christians said that’s where the true story is. The self-giving. You give yourself to others, and that is what is most significant in the world.”

John Dickson spoke with Rachael Kohn as part of a Christmas Day Radio National Breakfast special. You can listen to the full interview here. 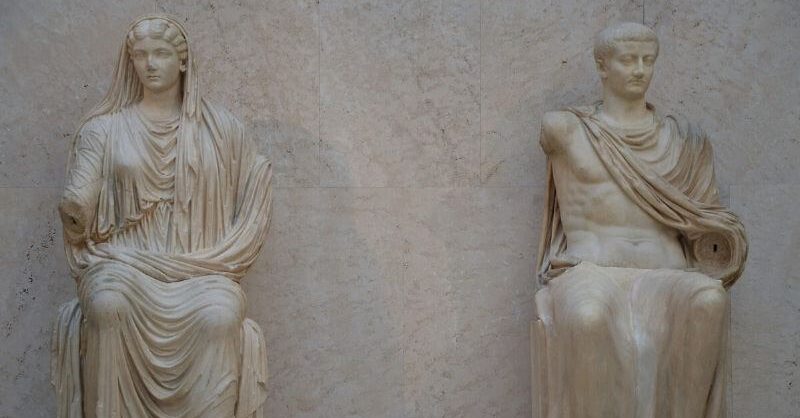