Was Jesus really born at Christmas?

Was Jesus really born at Christmas?

The word Noel comes to us – via French – from the Latin natalis, birth. Christmas was first called (way back in 336 AD) ‘natus Christus in Betleem Iudeae’ (birth of Christ in Bethlehem of Judea).

So when was the first Noel? When was Jesus actually born.

Well, the first thing to say is: probably not on Dec 25th. It’s well known that December 25 in the ancient Roman world was already a festival. It was the Natalis Solis Invicti, the birth or rebirth of the invincible Sun. Basically, it was the big party celebrating the return of longer days in a northern Winter.

There are two theories for the choice of this date. The first is that some in the early church had thought Jesus must have been conceived on the date of his crucifixion (March 25), so nine months later was December 25. It was just a happy coincidence that it fell on the same day as the Roman festival.

The second theory – which I quite like – is that as Christianity was fast becoming the dominant faith in the Roman empire, the church decided not to cancel the great party of the return of the Sun – S. U. N. – but instead reclaim it as the celebration of the coming of the Son of God.

But in all this there was probably no serious suggestion that Jesus was actually born on December 25, any more than we all now believe all horses are born on August 1 (Horses’ Day!).

Many in the Eastern church refused to follow, and kept the date on 6 Jan (the date the early church recognised as the date of Jesus’ baptism).

Now for the year of Jesus’ birth.

When exactly was Anno Domini – ‘The Year of Our Lord’?

You might have thought the date of Jesus’ birth was a no-brainer—was he not born in the year AD 1?

Unfortunately, things are not so simple.

The Gospels of Matthew and Luke—which were written independently of each other—agree that Jesus was born while Herod the Great, the Rome-appointed king over Palestine, was still alive.

Matthew puts it plainly: “In the time of King Herod, after Jesus was born in Bethlehem of Judea, wise men from the East came to Jerusalem.”  (Matthew 2:1)

According to firm dates provided by Josephus, a first century Roman-Jewish historian, we know that Herod ruled from 37 BC (BC being ‘Before Christ’) until his death in early 4 BC. So, Jesus must have been born sometime before 4 BC.

But how long before Herod’s death was Jesus born? Matthew implies it was not more than about two years, which brings us to anywhere between 6-4 BC. Luke provides another piece of the puzzle. He says that in “the fifteenth year of the reign of Tiberius Caesar”, Jesus was “about thirty years old.”  (Luke Chapter 3)

Tiberias was emperor from AD 14-37, so his fifteenth year was approximately AD 28. Counting backwards thirty years or so could take us to 6 BC at the limit (assuming that anything beyond 34 years starts to strain the description “about thirty years”). All of this leads to the broad consensus among scholars that Jesus was born around 5 BC.

Naturally, that raises the question: how could Jesus have been born five years ‘Before Christ’? The answer is simple. The man who proposed the calendar distinction between BC and AD was an Italian mathematician, archivist and theologian named Dionysius Exiguus whose name translates as ‘Denis the Little’.

In AD 525 Pope St John asked Denis to prepare a chronology based on the historical records at his disposal. Sifting through the available documents, Denis calculated what he thought was the most likely ‘year of the Lord’. It was then proposed that the Western/Christian calendar should reflect this determination.

It turns out that Dionysius missed the mark by a number of years. Given the limited historical data he had to work with, I think he did rather well. We now know the exact dates of figures like Herod the Great and Emperor Tiberias, so can confidently place Jesus’ birth about five years earlier than previously thought, that is, in about 5 BC.

The problem of Quirinius

This creates a perceived problem with the chronology of Luke’s Gospel, because he says the birth of Jesus took place around the time of a census conducted by the Roman Governer Quirinius. We know about a census conducted by Quirinius ten years later – in AD 6 – but not anything about “the first census” Luke refers to.

Those who rush to find a mistake here should recall two things. First, Luke actually says “this was the first census while Quirinius was governor.” It’s true that we only have evidence for a single census in AD 6, but Luke obviously knew of more than one. Presumably, he knew of the one in AD 6 and a former one around the time of Jesus’ birth. The fact that he can so casually call it the ‘first census’ suggests that he expected his readers to know about the two censuses. Allied to this, secondly, is the need to remember that we have less than 1% of the documentation from this period. It is overzealous to disqualify Luke’s evidence when 99% of the relevant evidence is missing.

But what about Quirinius himself? He was definitely governor of Syria in AD 6 and, best we can tell, the governor in 6-5 BC was either Saturninus or Varus. So, did Luke simply get the governorship incorrect, misnaming the man in charge of the ‘first census’. If so, this is a tiny error, on par with those found in our very best Greek and Roman sources (and in modern historians’ works). It certainly isn’t cause for sceptical gloating. The fact that the naysayers get so excited about this one, is an indication of how meager the arguments against the Bible really are.

That said, in the published literature there are at least six solutions to the problem of an earlier governorship for Quirinius, including the proposal that Quirinius co-administered the census with Saturnius or Varus but was singled out by Luke because of the fame he acquired from the later AD 6 census. We have no evidence for this but it is a possibility one could propose, if one thought Luke was usually a reliable source. Personally, I wouldn’t want to endorse any of the scholarly ‘solutions’—even the one just mentioned—because I am perfectly happy living with an unresolved historical question about such a small feature of the Gospels.

Perhaps future discoveries will confirm a mistake on Luke’s part; perhaps they will exonerate him. There is a long, long list of examples of sceptics denying certain details of the Gospels only to be embarrassed by later discoveries: a five-colonnade pool of Bethesda, the baths of Siloam, the ‘prefecture’ title of Pontius Pilate, residences of first-century Nazareth and numerous others. It would only take the chance discovery of a document placing Quirinius in Syria ten years earlier and all the naysayers would be moving their sceptical tomes to the back of the library book shelves.

We chatted to Professor Craig Blomberg for Episode 25 of the Undeceptions podcast, called Bible Mistakes, where he talks about the issues with dating Jesus’ birth and Quirinius. Check it out here. 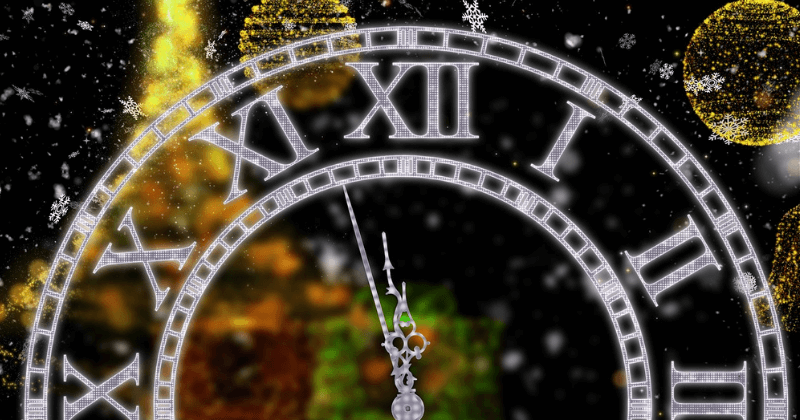