Long before the Bible existed as it does today, copies of the Apostle Paul’s letters floated around the ancient world.

Paul (formerly Saul) had been a persecutor of early Christians. After Jesus was crucified, Paul made it his personal mission to bring ruin to the followers of what he believed was a false Messiah. But in the year 31 or 32AD, Paul had an encounter with Jesus on the road to Damascus – he writes of the risen Jesus appearing to him – and became a Christian.

From that moment on, Paul devoted himself to the promotion of Christianity – travelling far and wide to establish small groups of converts: Christianity’s first ‘churches’. Paul appointed leaders of each group and moved on to the next town. But he kept in touch with these groups through letters, in which he gave advice, rebuked, offered praise and pleaded with them to remain faithful to the message of Jesus they had learned from him. A handful of these letters – or “epistles” – have survived.

The earliest copy of Paul’s letters is called P46 and dates to around the 3rd Century AD. The letters, directed to Rome, Ephesus, Galatia and his second letter to Corinth, are on strips of papyrus plant that had been pressed, dried and cut to size.

Artefacts like P46 give historians the opportunity to test whether the Bible as we know it today is the same as the writings of the early Christians. Did things get changed along the way? How can we be sure if what you’re reading in your Bible today is the same as what was intended 2000 years ago? 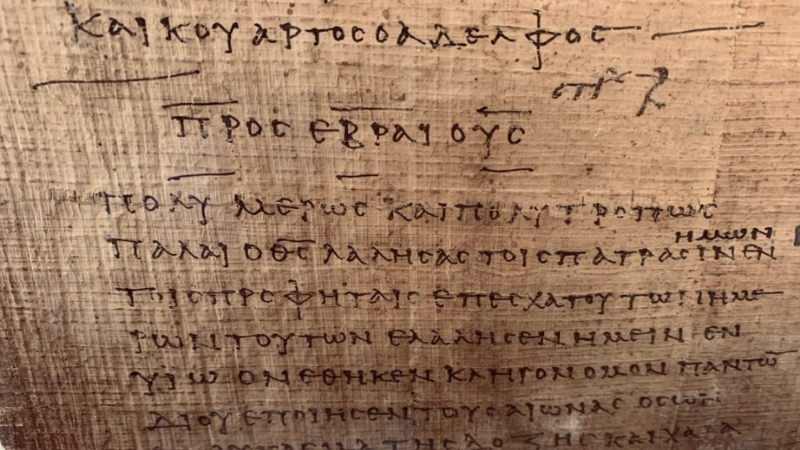 “There are differences – usually really small ones.” says John Dickson, who travelled to the University of Michigan’s Papyrology Department to lay his hands on the ancient manuscripts.

“In P46 you get some weird contractions of words, especially holy words like ‘God’, ‘Spirit’, ‘Jesus’, ‘Christ’ – they’re reduced to just a couple of letters, and then the subscribe ‘overlines’ these letters (which is like someone underlining them today).

One pretty big difference at the end of Romans does raise some questions.

In most of our Bibles, the letter to the Romans ends with a lofty paragraph called the doxology. It reads:

“Now to him who is able to establish you in accordance with my gospel, the message I proclaim about Jesus Christ, in keeping with the revelation of the mystery hidden for long ages past, 26 but now revealed and made known through the prophetic writings by the command of the eternal God, so that all the Gentiles might come to the obedience that comes from[f] faith— 27 to the only wise God be glory forever through Jesus Christ! Amen.”

That whole paragraph, says John Dickson, doesn’t appear at the end of Romans in P46. It simply ends with a greeting from Quartus (see Romans 16:23) and then the very next line is straight into the next letter to the Hebrews.

“Here’s the cool thing about New Testament studies,” says Dickson. “We have so many copies of the New Testament! We have hundreds of manuscript fragments and huge portions from different periods of Roman history and different parts of the empire. So you can line them up all together and work out where the variations are.

“The copies of our New Testament are so plentiful, we can work out the variations and figure out what was in the original.” 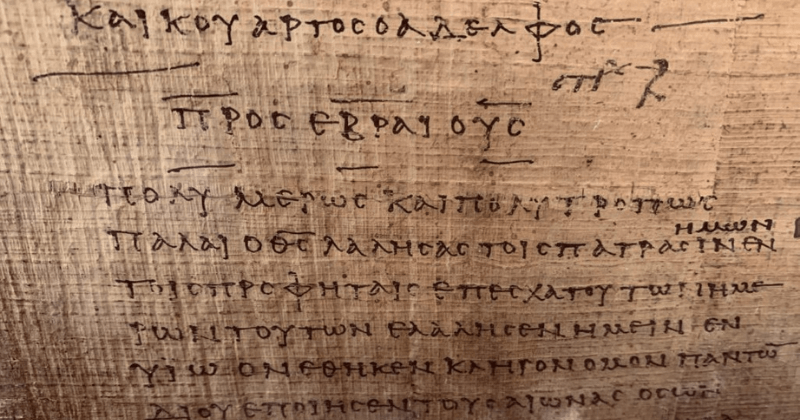