Three things to keep in mind about the virgin birth

Three things to keep in mind about the virgin birth

According to Time Magazine, Silent Night is the most popular Christmas song ever.

In 2014, the magazine conducted a review of how many times Christmas songs have been recorded since 1978. Silent Night has twice as many copyrighted recordings (733) as the runner up, Joy to the World (391 recordings). Doubtless there have been plenty more renditions since then.

And it’s a good thing, too, because Silent Night contains very few of the popular myths about the Christmas story that so many of our other carols do.

In the first stanza, the carol brings up one of the biggest issues sceptics have with the Christmas story: the virgin birth.

The new beginning for humanity that the birth of Jesus enacts came about as a kind of ‘new creation’ out of nothing. That’s the point of the Virgin Birth.

And there’s a few things we need to say about it:

No, it’s not about avoiding sex

First, it’s got nothing to do with avoiding sex in the Jesus story, which is what you often hear.

The original culture which told this story was totally fine with sex and marriage and babies and everything. They just said – and no doubt this came directly from Mary’s own testimony – that this birth was different. The new beginning for humanity that the birth of Jesus enacts came about (says the New Testament) as a kind of ‘new creation’ out of nothing. That’s the point of the Virgin Birth – it’s got nothing to do with a low view of sex.

Is there historical evidence for the Virgin Birth? I don’t think history can prove a miracle.

Yes, it is miraculous. That’s the point.

Obviously, if someone doesn’t believe in any kind of God, and assumes the laws of nature are the only things governing the universe, that person could never accept a virgin birth. But if, like most people, you accept that there might be a Mind behind the laws of nature, then there is no theoretical impossibility in a virgin birth. I mean, anyone who vaguely believes in some vague Creator behind the laws of nature already admits (consciously or otherwise) that the Creator has been able to establish laws which allow two entire genetic histories to come together in conception to create a whole new individual life. If the Mind behind the universe can do that miracle – over deep time – why on earth couldn’t he do it again, in miniature, instantly, without those two long genetic histories?

History can only take us so far here.

Is there historical evidence for the Virgin Birth? I don’t think history can prove a miracle. All history can do is tell you what people of the past thought – how early they thought it and how widespread that thought was. So, for example, there is overwhelming evidence that people in Jesus’ day thought he was a miracle worker – even non-Christian scholars today agree Jesus did things everyone thought were healings. But we can’t say Jesus actually did healings, because that introduces philosophy and theology to history.

I believe in the virgin birth. When I say that I am talking as a Christian not just as a historian. The historical evidence for a virgin birth is limited – two sources not copied from each other (Matthew and Luke) both tell how Mary was a virgin when she conceived Jesus. All the historian can say as a historian is that within a generation of Jesus – that is, within the period when his other family members were still alive – there was a widespread conviction that Jesus’ birth was miraculous.

If we don’t believe in God, it doesn’t matter how good that evidence was, we wouldn’t believe it. If you do believe in God – even in the vaguest sense – you are free to believe it, if you think that Matthew and Luke are trustworthy reporters in this case.

Check out Episode 12 of the Undeceptions Podcast, First Noel, for more on the facts of Christmas. 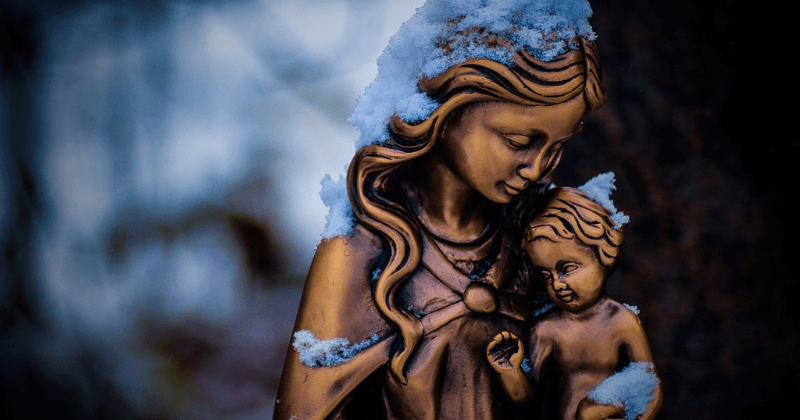