On a visit to Oxford’s Sackler Library, John Dickson got to examine Papyrus 5345 – the earliest known fragment of the Gospel of Mark – dated from between AD 150-250.

The papyrus was found in an ancient Egyptian rubbish dump south of Cairo, excavated around the turn of the 20th century with thousands of other manuscript fragments.

The fragment is tiny, only about 4cm long, written on the front and back, with about five to six lines of words, not all still legible. It has Mark 1:7-9 on one side, where John says he “baptises with water” but that Jesus will “baptise with the Holy Spirit”, and 1:17-18 on the other side, where Jesus calls the disciples to “Come follow me and I will make you fishers of people.”

“There is only one substantial difference between what’s written in this fragment and what we find in our other manuscripts,” says Dickson. “Instead of ‘Jesus said’ [‘Come, follow me’], this fragment reads, ‘He said …’ It’s obvious that it is Jesus talking at this point, but the scribe just wrote ‘he’ instead of the name ‘Jesus’.” 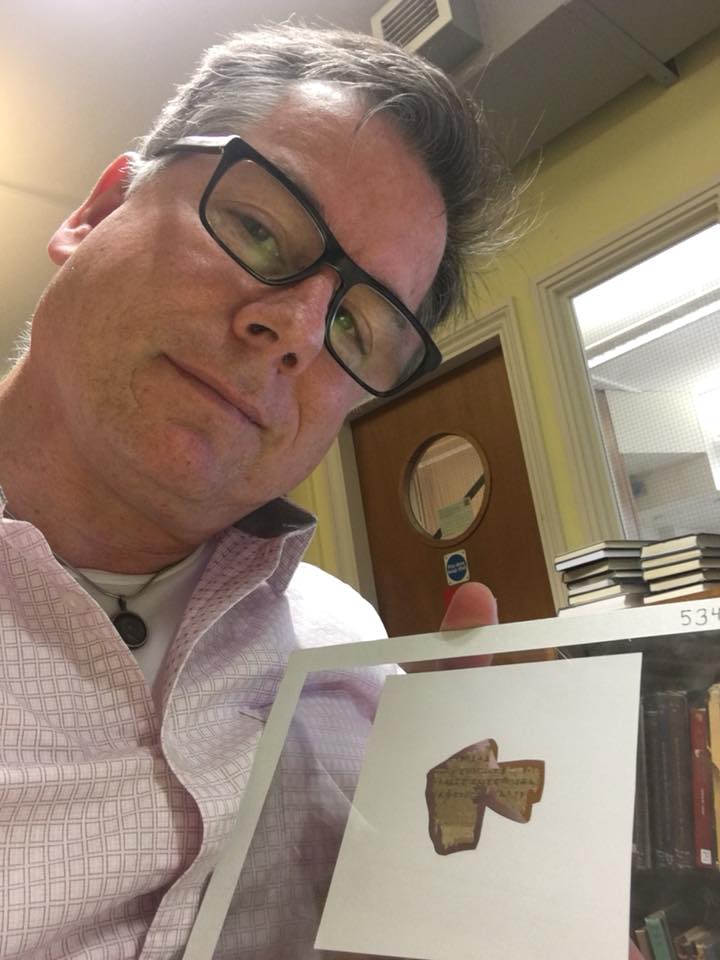 “Another curious feature of the fragment is that the word ‘Spirit’ in the words ‘baptise with the Holy Spirit’ is written in a special form known as the nomen sacrum or ‘sacred name’. This is where scribes contract a particularly important word – usually divine names – and draw a line over the top of it, as if to say, ‘this is a holy word.’ In this case, the scribe has contracted ‘pneumati’ (meaning, ‘spirit’) to simply ‘pni’ and overlined it [the way we might underline a word].”

From the style of letters on the fragment, Dickson says it’s possible to tell that the scribe who copied out this manuscript of Mark was “what you might call ‘semi-professional’.”

“Around AD 200, we are not yet at the stage in the history of Christianity where fully professional scribes would help out in the copying process. The church had to rely on the goodwill of educated members of the church doing their best to make copies of this most precious document. They did a pretty good job, too!”

According to Dickson, the discovery of any manuscript is important because “it expands our collection of witnesses to the original New Testament.” This manuscript in particular, though, has special significance because of its early dating.

“The more manuscript witnesses you have of a text, the easier it is to work out where changes have been made – if indeed they’ve been made.”

Dickson says the Gospel of Mark fragment is “a precious, incremental contribution to our overall picture of the spread of Christianity and the early Christian efforts faithfully to disseminate the Gospel of our Lord.”

In episode one of the Undeceptions podcast, John Dickson visited the University of Michigan’s papyrology collection and got his hands on some other very important little pieces of papyrus known as P46, about 86 pages of the letters of Paul, among the most precious artefacts of ancient history. Listen to that podcast here.

A version of this article was first posted at eternitynews.com.au. 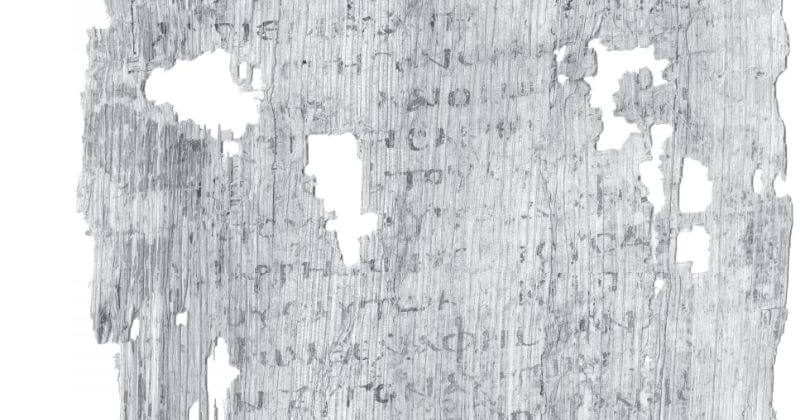