At first glance, Paul’s letters are not very exciting sources for the history of Jesus. You’ll search in vain for anything like a narrative description of Jesus’ birth, teachings, healings, or even the death and resurrection.

Buoyed by this observation, some dismiss or simply overlook the letters of Paul as sources of information for the history of Jesus. But on closer inspection, Paul’s letters turn out to be first-rate witnesses for the earthly Jesus.

Donald Harman Akenson, Professor of History at Queens University in Canada has even called Paul’s letters, “a skeleton key to understanding the historical Jesus”, a kind of master key that unlocks the whole show in his fascinating St. Paul: A skeleton key to the historical Jesus, published by Oxford University Press. Akenson, who is no Christian believer, made the case that Paul’s letters have remarkable proximity to the first years after Jesus’ death.

Paul’s letters were not intended to inform readers about the life of Jesus, as the Gospels obviously were. Paul just assumes his readers already know all this stuff.

As a man personally acquainted with the first disciples, including Jesus’ brothers, Paul is about as close to the action as we could hope for in a primary source from antiquity. The value of Paul’s letters, in addition to their early date, lies not in any narration of Jesus’ life, but in his numerous passing references to things Jesus said and did, while he’s discussing various other topics. So when talking about marriage, for instance, Paul recalls what Christ said about marital fidelity. When rebuking the rich for their drunken feasts, he reminds them of the sober significance of Jesus’ last supper. When talking about supporting traveling missionaries, he cites something Jesus actually commanded on the topic. And it’s perfectly clear in all of these cases that Paul expects his readers in the 50sAD to know what he’s talking about already.

The reason he can mention these things so fleetingly is that the substance of them was already fully known. Paul’s seemingly slender evidence turns out to be highly significant because it indicates that what is mentioned in brief in his letters must already have been talked about in detail when Paul first taught his converts, face-to-face. This virtually rules out any idea that Paul only knew of a visionary or heavenly Jesus. Professor Akenson insists, “Saul [that’s Paul] did indeed know his life of the historical Yeshua. He had a full awareness of the miracle stories, sayings, and of various folk beliefs about Yeshua, most of which are now forever lost. He taught the most important stories and sayings to his own followers.”

Akenson is no defender of the Christian faith. He’s actually sceptical about loads of things, including whether or not Paul and Jesus agreed on certain matters. But that Paul provides compelling historical evidence for an actual Jesus is perfectly clear, Akenson insists. So, let’s imagine we had no other sources for Jesus. What information would we glean about the historical life of Jesus just from Paul’s letters? Donald Akenson lists about 15 historical details unassumingly tucked away in Paul’s passing remarks. Other scholars detect more than 20 pieces of historical data. Here’s a widely accepted list:

Paul’s letters were not intended to inform readers about the life of Jesus, as the Gospels obviously were. Paul just assumes his readers already know all this stuff. And that is the significant historical point. The narrative of Jesus was so widely known amongst Christians by the middle of the first century, that Paul can allude to all of these details just listed confident that his readers knew exactly what he was talking about.

The passing nature of those references and the occasional nature of his letters means that in reality, this list must be the tip of the iceberg of what Paul and his converts already knew about the figure of Jesus. Paul’s letters are a very different kind of literature from that of the Gospels, but the same historical life lies behind both. 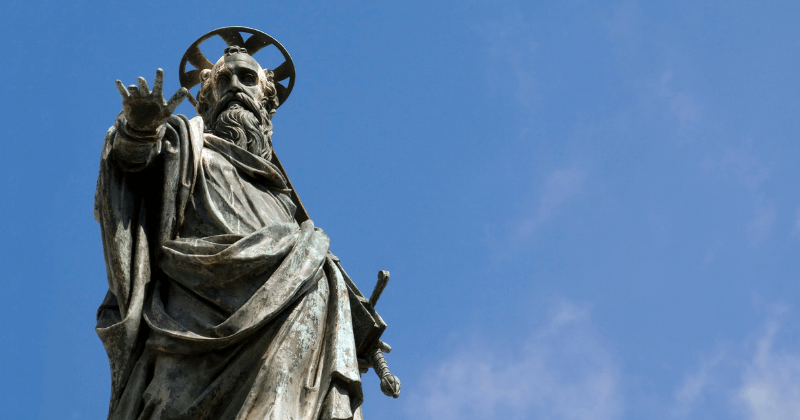