One of the little-known facts about Jesus’ life is that it was women who bankrolled his entire mission. You’ve probably never stopped to wonder just how much it might’ve cost to travel throughout Galilee and Judea as a party of 13, over a two to three year period.

Jesus and his disciples no doubt enjoyed generous hospitality in many of the towns and villages they visited, but this can’t have provided all of the food, all of the lodging, and the taxes that they would have needed at various points along the way. A modest meal in a traveller’s inn was about a quarter of a Denarius. A denarius was a day’s wages for an average day labourer in the fields or the mines or whatever. So a quarter of your daily income could be spent just on your main meal of the day.

To put it in average terms: if a day labourer today gets about 200 bucks, that means $50 would be spent on your evening meal. All this got you in the first century was a sizeable piece of bread, a bowl of lentils, two pieces of meat and two glasses of wine. (Seriously. People have actually studied this stuff.)

Then there were the various Jewish and Roman taxes due each year to the authorities. Even assuming Jesus and his disciples lived modestly (which is a fair bet), the bill for this two to three year preaching tour would have been massive.

Where did the money come from?

Tucked away in the Gospel of Luke chapter 8 is the answer.

“After this Jesus travelled about from one town and village to another proclaiming the Good News of the Kingdom of God. The 12 were with him and also some women who had been cured of evil spirits and diseases. Mary, called Magdalene, from whom seven demons had come out; Joanna, the wife of Chuza, the manager of Herod’s household; Susanna, and many others. These women were helping to support them out of their own means.”

Now these words at the very end “helping to” in the last line are not actually there in the original Greek. The passage literally says “these women were providing for them out of their own means.”

The point is pretty significant as professor John Meier of the University of Notre Dame writes:

“This passage preserves a valuable historical memory. Certain devoted women followers accompanied Jesus on his journeys around Galilee and finally up to Jerusalem and actually supported him and his entourage with their own money, food or property.”

Such a passing and uncontrived detail, one that was also potentially off-putting to ancient male readers has a strong claim to historicity. Most scholars accept this as a real part of Jesus’ life. James Dunn of Durham University – one of the leading scholars of the last 30 years – writes,

The fact that these women took on the role of benefactors almost certainly indicates they were wealthy. And Joanna, who is described as the wife of a senior Royal official, will have been especially wealthy. She belonged to the upper echelons of ancient Galilean society in a period when the gap between rich and poor was very pronounced. A woman like this would have seemed positively aristocratic to many of Jesus’ disciples. Jesus was known to have oriented his ministry to the poor, or at least what we would call the working class, but he didn’t do so to the exclusion of the rich.

My simple point is this: We have a group of financially savvy and well-resourced women to thank for the entire three-year mission of Jesus and the Apostles recorded in the gospels. 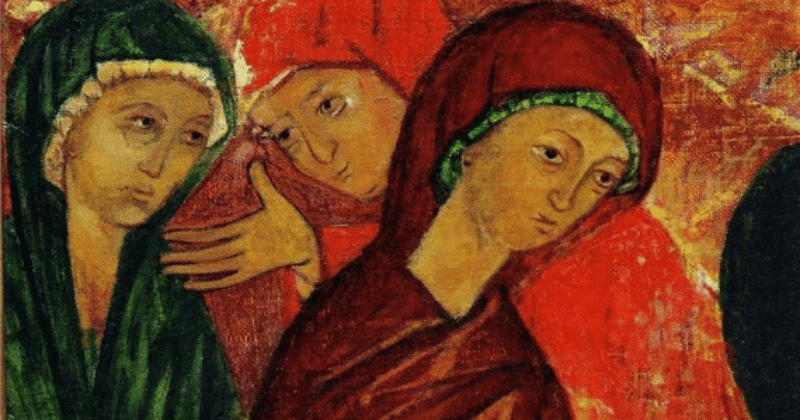