What has freeing slaves got to do with the original Christian story? Probably quite a lot, and not much of it is known. Way back in the first century, when Jesus preached his first sermon, according to Luke’s gospel (Chapter 4), he actually proclaimed a message of freedom for captives.

He gets up in the synagogue of his home in Nazareth and reads this passage of scripture from the much earlier book, Isaiah.

“The Spirit of the Lord is on Me, because He has anointed Me to preach good news to the poor. He has sent Me to proclaim liberty to the captives and recovery of sight to the blind, to release the oppressed, to proclaim the year of the Lord’s favor.” (Luke 4:18-19)

And then Luke says,

“Then He rolled up the scroll, returned it to the attendant, and sat down. The eyes of everyone in the synagogue were fixed on Him, and He began by saying, ‘Today this Scripture is fulfilled in your hearing.'” (Luke 4:20-21)

Jesus’ first sermon, based on Isaiah 61, is about how the Good News that he brings into the world frees people: bringing sight to the blind; freeing the captives; releasing people from oppression. Now, first and foremost, he’s speaking about what God will do in the future kingdom. That’s when God will bring justice, that was how the historical Jesus thought of things: The kingdom is yet to come. But the twist on all of this, and the reason Jesus says this is fulfilled in your hearing today, is that Jesus also said – quite unlike many of his contemporaries – that that kingdom could be glimpsed now in the person of Jesus and wherever his disciples enact that vision of a future kingdom. Because justice is coming, they get busy with justice now. Because freedom and love are coming, they get busy doing freedom and love now. And we see the evidence of this as the decades and centuries roll on. By the time of the Apostle Paul – so now we’re sort of the 50s AD, 20 or so years after Jesus – we begin to see a little bit of reflection on slavery.

I know people usually say, ‘Oh the New Testament endorses slavery.’ That’s not quite the case. The New Testament is written by people who couldn’t change the Roman Empire. They’re too low down the pecking order for that. But what they’re trying to do is adjust slavery within their own community. So slaves are told to honour their masters, but masters are told to treat their slaves as equals.

It seems it was customary – a regular church outing – to liberate men, women, and children from the slave ships that came into the Port of Hippo.

And then there are a couple of hints in Paul’s letters that if you can get your freedom (which was very difficult in the ancient world), then go for it. So there’s already a slight critique in the New Testament of the practice of slavery.

But by the second century, we begin to see texts indicate that Christians are becoming more numerous, a little more confident. They still don’t have power, but they have innovation. And there’s a text called the Shepherd of Hermas, from the middle of the second century and written in Rome, that indicates that any wealthy Christians should use their money, not to build houses and saunas out the back of their home, but actually to purchase slaves they hear in the local area are being abused by non-Christian masters. And the instruction is basically to bring them into your family and treat them as genuine human beings. They didn’t end slavery, but they were trying to overturn it in the best way they could.

But by the fifth century, things begin to get super interesting. There’s amazing evidence from Saint Augustine, that in the fifth century, churches were regularly freeing slaves from slave traders who came into the North African ports. And this was part of the church’s regular ministry. In fact, Augustine says, they’re doing this so often that it’s almost bankrupting the church. Augustine writes a letter, which we have, that tells how on one occasion they freed a hundred or more slaves from these slave ships, brought them to the church and began to hear their stories as they also fed them and clothed them, before secreting them away.

But when they heard their stories, Augustine says, they all fell down and wept.

About four months prior to my writing this, there were brought in people assembled from various regions and especially Numidia by the Galatian dealers, for they either monopolize the trade or apply themselves to it with special relish, with a view to their being shipped out through the Port of Hippo. There was not lacking a believer aware of our custom and acts of mercy of this type who reported it to the church. Immediately 120 people were liberated by our members, partly from the ship onto which they had been loaded and partly from the place where they had been secretive prior to loading. Hardly anyone could keep back tears on hearing the different stories about how they’d been kidnapped or press ganged before being handed over to the Galatians.

What’s so amazing about this letter is that it seems it was customary – a regular church outing – to liberate men, women, and children from the slave ships that came into the Port of Hippo. The operation was costly and Augustine says that it was pretty much bankrupting the local churches.

It’s true that Christians didn’t overthrow the scourge of slavery for many more centuries, not until the work of William Wilberforce. But it’s equally true that they were the only ones doing something practical to subvert it. 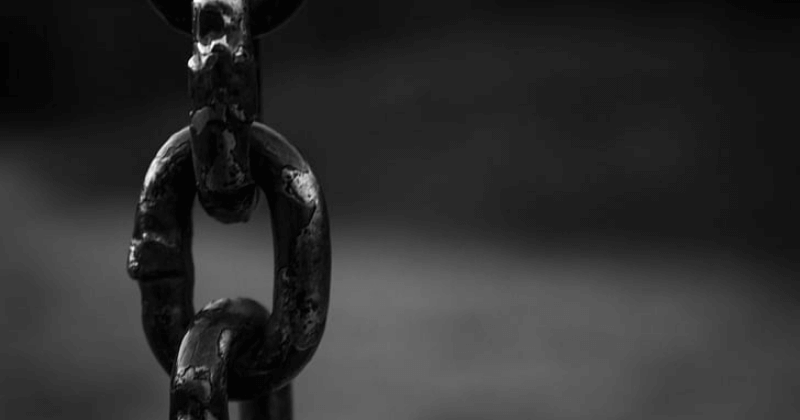