Christianity has a problem.

Unlike other religions, Christianity gambles its plausibility on supposed historical texts and events. Christians don’t just say other worldly things like “God loves you”, “We all need forgiveness”, “Heaven is open to all”. None of that sort of thing is the least bit confirmable or falsifiable.

Listen closely and you’ll often hear them saying things like, “Jesus lived in the Galilean village of Nazareth” or “He had a wide reputation as a healer,” or “He caused a scandal in the temple of Jerusalem in the late twenties/early thirties AD” or “He suffered execution under a Roman governor named Pontius Pilot”, or even “His tomb outside the city was found empty a few days after his crucifixion”.

In a strange way then, the barrage of historical criticism directed at the Bible and the life of Jesus in particular is not just reasonable, it’s a kind of compliment. It’s a sign that critics understand the form and content of the Christian faith.

Statements like these are not completely immune from historical scrutiny. They touch times and places we know quite a bit about. They intersect with other figures like Pontius Pilot, about whom we have reasonably good information.

The alleged events all take place in a cultural and political melting pot: Roman Galilee and Judea, for which we have thousands of archaeological remains and hundreds of thousands of words of ancient inscriptions and written records. When people proclaim an intangible thing like “God’s love is universal”, they’re in safe territory. But as soon as they say that their guy was crucified by the fifth governor of Judea, they’re stepping onto public ground – secular ground – and someone’s bound to want to double check.

As it turns out, an entire industry of double checking has developed over the last 250 years. The study of what’s called the ‘Historical Jesus’ is a vast secular discipline today found in major universities all around the world, including the two with which I’m closely associated, Sydney and Macquarie. While there are certainly plenty of active Christians involved in this sub-discipline of ancient history, there are also a great many half Christians, ex-Christians, Jews (lots of Jews!) as well as self-confessed agnostics and atheists.

This makes it very difficult for anyone to get away with publishing theology under the guise of history or privileging the biblical documents over the non-biblical ones or of pretending we can prove most of what the New Testament says about Jesus. The process of peer review, where scholars publish their work in a professional journal only to be double-checked by two or more independent, anonymous scholars of rank, might not be foolproof, but it certainly filters out any work of preaching under the guise of scholarship. It also reduces the risk of fraudulent claims and keeps scholars constantly mindful of the rules of the game of history.

Adherents of other faiths bear no such burden. Hinduism, Buddhism, and Islam (to take the next three largest religions) don’t risk their credibility on historical claims. I’ve often thought it would feel quite safe to be a devout Hindu, Buddhist or Muslim in today’s skeptical West. I mean sure they get criticised, but they’re unlikely to have some History Channel documentary that explodes the truth about their founder.

For better or worse, Christianity’s central claims are historical. The form of the New Testament documents is recognisably historical. The gospels clearly present themselves as historical biographies of a famous life. The letters follow precisely the conventions of other occasional letters from the period, complete with traceable itineraries and lists of greetings to concrete individuals. The core content of the New Testament is also obviously historical. While there’s plenty of talk of the kingdom of God and being justified by faith and entering eternal life and all that sort of stuff, these things are premised on the actual events of Jesus’ life: his deeds, his teaching, his death, and yes, his resurrection. All of which, so the documents themselves say, are reported by eyewitnesses.

Without these events in historical time nothing in Christianity has merit. Christianity seems to go out on an historical limb and invites anyone who wishes to try and cut it off. In a strange way then, the barrage of historical criticism directed at the Bible and the life of Jesus in particular is not just reasonable, it’s a kind of compliment. It’s a sign that critics understand the form and content of the Christian faith. Unless Christianity’s claimed events really happened and left some indications that they happened, the whole thing is empty. 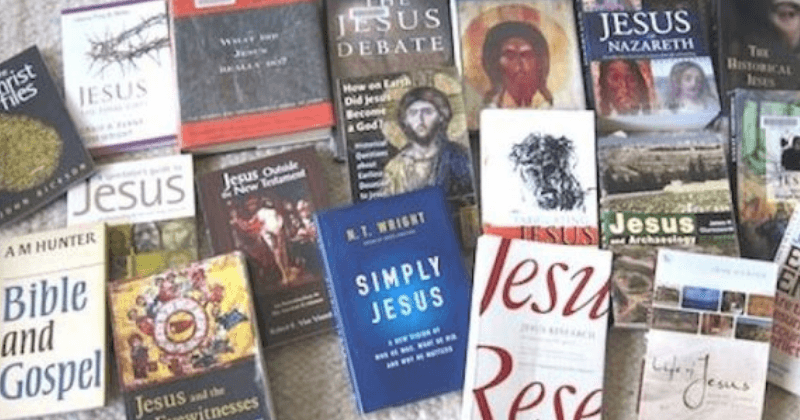